You are here
Home > Entertainment > From 30 to 1 in Less Than Two Months: ABC’s The Bachelor 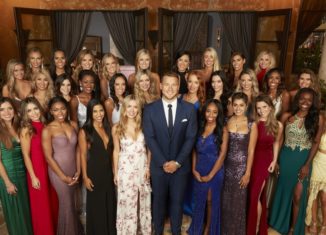 The Bachelor is a dating and relationship reality television series that is recorded over the time span of about two months. The series revolves around a single bachelor or bachelorette who is expected to select a wife or husband from thirty women or men within the short time that they have to get to know each other.

Colton Underwood was the bachelor on the latest season of the hit television series The Bachelor. He previously was on a season of The Bachelorette and Bachelor in Paradise but left both without an engagement or even a relationship. Even though he did not find love during both of the previous series that he was on, he was willing to give love another shot and was introduced shortly after as our newest bachelor.

During his time as the bachelor, Colton went on several group dates, two-on-one dates, and one-on-one dates. During those dates, he got to know the women very well which allowed him to decide who would receive a rose during each ceremony and who would not. If a woman did not receive a rose, they were eliminated from the show. After almost two months of dates and lots of roses, the three remaining women were Cassie Randolph, Hannah Goodwin, and Tayshia Adams. Not surprisingly, Colton faces difficulty with his decisions and deals with heartbreak.

Although Colton was falling for Cassie more than the other women, Cassie’s father did not give Colton his blessing to propose to her. Thus, Cassie decided that it was best for everyone for her to leave the show. Despite the remaining two women, Colton is still heartbroken as he was planning on proposing to Cassie in the season finale. After Cassie leaves, Colton storms out of the resort dramatically shoves a camera out of his face and jumps an eight-foot fence. The crew calls after him, but that does not stop him, and he heads off into the Portuguese countryside looking for some time alone and a chance to gather his thoughts off camera. Colton ultimately decided to say goodbye to the other women, Hannah and Tayshia, both of whom were caught off guard and left to deal with heartbreak. Fortunately, Cassie was still in Portugal when Colton went to her hotel to find her. Colton told Cassie that he sent the other women home for her, which left Cassie shocked.

After all of that, Cassie and Colton do find their happily ever after. Most recently, Colton moved to California to be closer to Cassie, and they are, reportedly, very much in love. While some may question just how real the connections formed on a reality TV show can be, the process can, and does, work. The Bachelor proves that if you really are in love, you will do anything and everything for it.