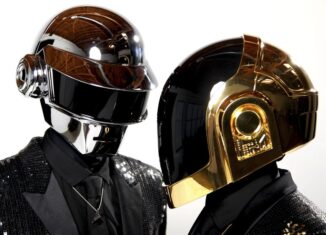 Many people may know Daft Punk from their hit songs “One More Time”, “Get Lucky” (which featured Pharrel Williams), or “Harder, Better, Faster, Stronger”. You might even recognize them from their futuristic helmets which would cost about $65,000! The French electric music duo was formed in Paris in 1993, and Thomas Bangalter and Guy-Manuel de Homem-Christo are the people behind the helmet. In 1987, they met as students in a secondary school called Lycée Carnot. In 1992, they created a rock band called Darlin’ with their friend Laurent Brancowitz, and for six months, the trio wrote four songs and an EP. Since they all thought that the band was pretty average, Darlin’ broke up, and Brancowitz went onto playing guitar for the successful alternative rock band Phoenix. It wasn’t until a year later that Daft Punk was formed. In addition to creating great music, Daft Punk collaborated with The Weekend to produce “Starboy” and “I Feel it Coming” in 2016.

To mark the 20th anniversary of Daft Punk’s hit album ‘Discovery’, Spotify put together a playlist called ‘Discovery’, the Enchanted Playlist. Each song on the enchanted playlist is from the album and has a short montage of videos, storyboards, never before seen footage, and more. The album reminds fans of a happier time during the beginning of Daft Punk’s career, so it is no shocker that when the band split in February 2021, the 500% increase in streams and the 2650% increase in sales were due heavily in part to the popularity of ‘Discovery.’

The band always went out in style and embraced their past. In 2006, the band directed the movie Electroma. It followed the journey of two robots looking to become humans. When announcing their break-up, de Homem-Christo and Bangalter pulled scenes from the film to use in their “Epilogue” video. No matter how emotional the film may make fans, we should be forever thankful for the great music Daft Punk has left us with.