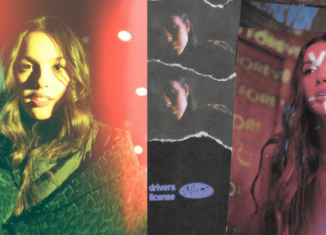 As the first month of 2021 has finally come to a close, the year already has a genuine new pop phenomenon: Olivia Rodrigo. Her debut single “Drivers License” has topped the Billboard Hot 100 for two weeks following a record-breaking first week across streaming services like Spotify and Amazon Music. The track reached No. 1 in 48 countries on Apple Music, 31 countries on Spotify, and 14 countries on YouTube. It also sold 38,000 downloads in the United States, the most for the week, and earned 8.1 million radio airplay audience impressions. So, who even is Olivia Rodrigo?

Born and raised in Southern California, Olivia Rodrigo began acting by the age of 8 and was cast first on “Bizaardvark,” which ran for three seasons on the Disney Channel between 2016 and 2019. She is a regular on the Disney+ series “High School Musical: The Series,” and currently stars as Nini Salazar-Roberts. Last year, a song written by Rodrigo, “All I Want,” became the show’s most successful track so far. Fans of “All I Want” were thrilled when they found out that Olivia would be releasing her debut single, and it’s safe to say people loved the bittersweet lyrics and stunning arrangement of “Drivers License” as she grieves over an ex who has moved on. The song has sparked celebrity gossip as it was followed by music from Rodrigo’s ex, Joshua Bassett, and another Disney actress to whom he has recently been linked, Sabrina Carpenter.

It didn’t take long for social media users to get invested in the emotional meaning behind the song, and many took note of some distinctive lyrics that seemed to match up with events in real life. The feedback loop made it unbeatable. When asked about the song’s first week, Rodrigo said, “It’s been the absolute craziest week of my life.” She really didn’t get her driver’s license until last year, she said in an interview, and her “entire life just, like, shifted in an instant.” At an uncertain time for the music business during the pandemic, “Drivers License” was released across platforms with a music video and streamed more than 76.1 million times in the United States for the week. Sheer talent and creativity are qualities endeavored throughout the song, and fans are very excited to watch Olivia grow as an artist and continue to debut music as record-breaking as “Driver’s License.”