You are here
Home > Entertainment > Ellen Makes a Comeback 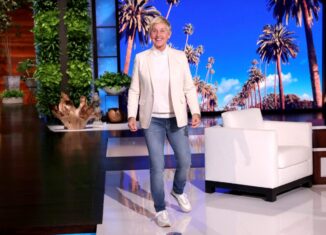 It is fair to say someone lives under a rock if they do not know who Ellen Degeneres is. Ellen Degeneres is an American comedian, actress, and host of her own award-winning talk show. Not only that, she was awarded the Presidential Medal of Freedom by President Barack Obama in 2016. Ellen’s specialty is giving back to others, and you can see this through the $20,000 Shutterfly checks she gives away every day! Known as the “be kind” lady, Ellen has been held to a high standard with very little room to make mistakes.

This pressure was not publicly known until March of 2020 when a viral Twitter thread was started by comedian Kevin T. Porter, which consisted of specific negative experiences relating to The Ellen Degeneres Show. He directly called her “notoriously one of the meanest people alive,” and then many people took the opportunity to run with it. A lot of the complaints had to do with the work environment at the studio, and there was a report about sexual misconduct involving three of the executive producers. These accusations were not entirely the fault of Ellen, but because of her big influential image of being a nice person, the backlash was harder than one can imagine. When behind a screen, people are not afraid to speak their minds, no matter the damage it could do to someone else, and this notion was particularly brought to light throughout the Ellen accusations. A battle practically took place as celebrities were taking sides, both supporting and not supporting Ellen, as the #ReplaceEllen campaign was soaring.

Despite the rumors, Ellen made her comeback for the 18th season of her show. On Monday, September 21, she stood with a big smile on her face to welcome in the new season. After cracking a few jokes, Ellen got serious and made a huge formal apology. She did not blame it on others and took as much responsibility as she could. You could see how big of an emotional toll this took on her, as she was tearing up throughout her apology. She ended on a high note and expressed how thankful she is for her true supporters. There was some change in staff and production, and so far, they have been moving forward effortlessly.

From this event, it is important to learn that not everyone is perfect, no matter how much the internet can make someone out to be. It is okay to make mistakes, and clearly, it is possible to bounce back from them. This entire event truly shows the toxicity of cancel culture that is making its rise as social media use increases. It is our job to try and control the growing, and sometimes evil, the environment of social media.