You are here
Home > Entertainment > The End of an Era: Saying Goodbye to the Kardashians 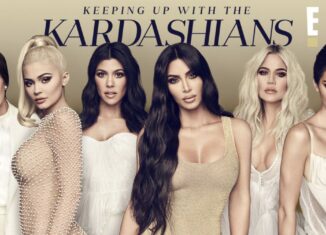 When considering reality television, many would agree that their initial thought is the famous reality show, Keeping Up With the Kardashians. The widely known reality show has lasted for fourteen years and twenty seasons. Reality shows usually do not last for such a long period of time, so Keeping Up With the Kardashians has had a major impact on reality television as a whole. Although the show has lasted for so long, it was recently announced that after the twentieth season airs, the show will be coming to an end.

This was a very emotional decision for the Kardashian family. Being that their family practically grew up on the show, they are used to their entire life being recorded and broadcasted to the world. The youngest siblings, Kendall and Kylie Jenner, consider tapes of the show to be their home videos. This shows that when they were younger they did not know any difference between being filmed all the time or not being filmed, as being filmed was just what they were used to. Now that they all have grown up and have families of their own, the show has continued to grow tremendously. Viewers have gone from watching the young Kim, Kendall, Kylie, Khloé, Kourtney, and Rob grow up to now watching them raise their own families. Every significant event that has happened throughout their lives has been broadcasted to the world. The viewers have watched how each family member has changed and matured within the last fourteen years. Every meltdown, robbery, fight, school event, and primarily every milestone has been filmed for the show. Practically every aspect of their life, positive or negative, has been shown to the world.

The Kardashians started off living together in their childhood home in Calabasas, CA as one big family. Today, they live on their own with their growing families, taking on life’s hardships and accomplishing goals as they come. The bond between the members of the very large Kardashian family is like no other. They constantly prove that no matter what, their strong family bond will never break. Although the ending of the show is the end to a very memorable era, this is just the beginning of a new chapter for the Kardashian family.