You are here
Home > Entertainment > Fall in Love With Fall’s Newest TV Show: This Is Us 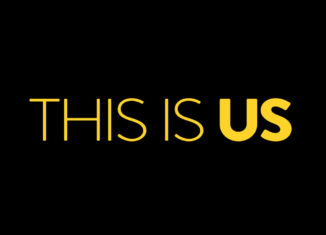 After a long day of school, I decided to come home and relax in front of the TV for a little while. I happened to come across NBC’s newest TV show This Is Us. After seeing many commercials for it during the night before’s episode of The Voice, I figured I’d give it a try. At first I was a bit skeptical that this new show would not satisfy my expectations, but I can truly assure you that I experienced exactly the opposite. The first episode skillfully presented four storylines; in each case, it was someone’s thirty-sixth birthday. The show started out with a young couple, Jack and Rebecca, on Jack’s birthday. They were expecting triplets any day, but Rebecca’s pregnancy was a very dangerous one. Another storyline was based on an overweight girl, named Kate, who is working hard to become healthier. It shows her going to a support class, where she meets someone named Toby, who will most likely be her love interest for the season. Additionally, we meet Kevin, an actor dealing with the abuses and reality of the entertainment world. A little bit later in the episode, it is revealed that there is a connection between Kate and Kevin, but it is still not clear as to exactly how they know each other. The final storyline in the show is about a man named Randall who has a family and seems pretty successful. We find out that his mother died when he was a baby and his father left him on the porch of the local fire station. Randall visits his birth father for the first time with negative intentions, but the visit takes an unexpected turn. The end of the first episode left me speechless. While I won’t spoil what happened for those of you who didn’t watch, I will say that it connected each storyline in a way I was never expecting. I immediately turned on the second episode, which also came with an unexpected ending. This Is Us certainly did not disappoint me, and I enjoyed it so much that I even recommended it to two friends who fell in love with it as well. While I have yet to see the third and fourth episodes, I am very excited to see what will come next. If you like shows that deal with real problems while still maintaining a highly interesting storyline, I truly recommend that you give This Is Us a shot. Tune in to NBC at nine o’clock on Tuesdays, and maybe you’ll find yourself a new favorite TV show!