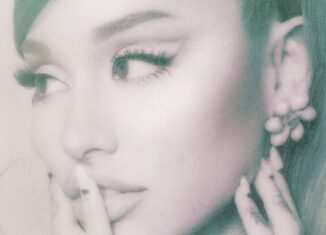 During the spring of 2019, Ariana Grande posted a picture of her brain on Instagram. The image was from a scan showing regions of her brain lit up from the effects of PTSD. “That’s why her hair’s so big,” she joked, referencing a line from Mean Girls, “it’s full of trauma.” The way Grande has navigated horrors and her ability to steer towards healing by creating a top-charting song about a panic attack has become fundamental to her music.

Her album, Sweetener, dazzled because of its joy, thank u, next stood out because of its glee and grief, but Positions, her third album in two years, searches for peace. It traces the quiet work of piecing yourself together and the terror of re-learning how to trust. “All them demons help me see [stuff] differently,” she sings 20 seconds into the album, “so don’t be sad for me.” That statement clears the way for some of the record’s goofier moments and functions as a kind of thesis.

Ariana Grande released her new album on Friday, October 30th, and while it’s been broadly welcomed by critics, most agree the singer does not break any new ground. The 27-year-old’s sixth album Positions is an upbeat affair and recognizes her celebration of her new relationship with estate agent Dalton Gomez. Several outlets, including The Evening Standard, The Telegraph, and The Independent, awarded it three stars. NME said the album “lacks the megawatt pop belters of previous releases.” Reviewer Hannah Mylrea said in her own three-star review: “As an introduction to the next era of Grande’s career, it’s solid, but you can’t help but feel it’s missing some of her trademark sparkles.” The Telegraph’s Kate Solomon said: “Positions is not as immediate as the work Grande is known for, though it will find many fans. There are no tentpole hits, no obvious hooks, and far too many words crammed into 14 relatively short and sometimes samey songs. But it explores new territory for the singer: new relationships, a new sound, a new sense of self.”

Grande’s previous two albums were released after she had experienced high-profile personal tragedies. Sweetener, released in 2018, was her first album since a terrorist attack at one of her concerts in Manchester, while thank u, next followed the suicide of her former boyfriend Mac Miller. This album, on the other hand, in addition to revealing her PTSD, shows a greater sense of comfort and confidence. Grande also exemplifies a more rap style within this album. “My dream has always been to be — obviously not a rapper, but, like, to put out music in the way that a rapper does,” Grande explained in a December 2018 interview, while she was working on the album. It was a winningly reformist approach if not an outright revolutionary one: to turn the pop record into something more like a mixtape than a multiplatform corporate product launch. With its text-speak song titles and air of relative idiosyncrasy, Positions continues in that direction.

Photo courtesy of Us Weekly.