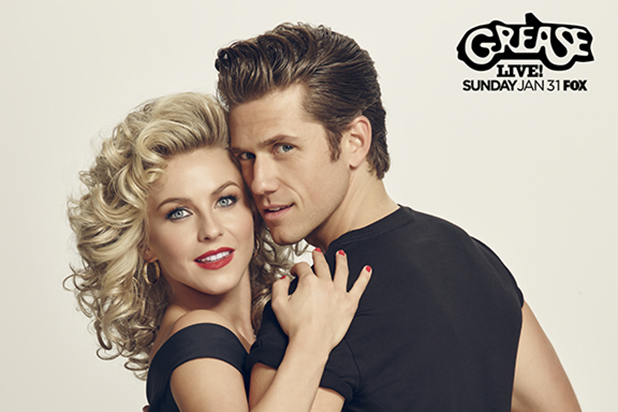 Everyone knows the 1971 romantic musical, Grease, the story of teenagers Sandy and Danny who rekindle their love when they meet back in school after a chance meeting on summer break. This widely known film is filled with dancing and singing, and everyone watching cannot help but join the fun. Now, in 2016, the Pink Ladies and the T-Birds are back, as some of today’s well-known stars act out the movie…LIVE!

It is clear to say that director, Thomas Kail, was a success in putting together one of the most highly anticipated live productions ever on television. The reenacting of this well-known love story had 12.2 million views when it premiered live on January 31st, 2016. Many well-known celebrities, including Julianne Hough, Aaron Tveit, Vanessa Hudgens, Keke Palmer, Carlos PenaVega, Mario Lopez, and Carly Rae Jepsen, all starred in the live production. The cast did an outstanding job in recreating the characters that everybody knows and loves. Not only were the characters and plot in sync with the real movie, but so were the sets, as well as the songs. Fan favorite songs, including “Summer Nights,” “You’re The One That I Want,” “Look at Me, I’m Sandra Dee,” “Greased Lightnin,” and “We Go Together,” were all included in Grease: Live!

Dancing With the Stars and Footloose personality, Julianne Hough, played Sandy in this live event. Hough did a fantastic job in capturing both the warm-hearted and fierce sides of Sandy. Aaron Tveit played Danny Zuko, Sandy’s love interest in both the original movie and the live reenactment. Together, both Hough and Tveit did a great job in making the audience feel as if they were watching the original.

High School Musical star Vanessa Hudgens played the role of popular mean girl, Rizzo. Only one day before having to perform in Grease: Live, Hudgens’ father passed away. No one knew how Vanessa could possibly perform flawlessly just a day after this tragedy, but she pulled through and did an exceptional job in portraying this widely known character. While singing “There Are Worse Things I Could Do,” Hudgens’ true talent came out, and her vocals were absolutely amazing.

Other exceptional performances included: Keke Palmer, who played Marty; Carlos PenaVega, who played Kenickie; Carly Rae Jepsen, who played Frenchy; and Mario Lopez, who played Vince Fontaine. Together, they helped the audience experience a show unlike any other. Also, music stars Jessie J, Boyz II Men, and DNCE appeared in the show to sing songs including “Grease” and ‘Born to Hand Jive.”

Grease: Live! was definitely an excellent way to reconnect people to the 1970’s classic. With both indoor and outdoor stages, as well as a live audience, this production could not have been any better. Although the rain was not ideal, the show prevailed, and it turned out better than anyone could have ever imagined. If you have not seen it yet, I definitely recommend that you go and watch this live production!