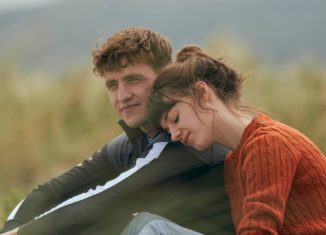 One of the newest Hulu shows, Normal People, has become extremely popular with fans of all ages. Based on the novel by the same name written by Irish novelist Sally Rooney, this story has taken Hulu viewers by storm, and critics are saying that it truly is a fantastic adaptation of an equally fantastic novel. The love story between two teens, Marianne and Connell, consists of 12 binge-worthy episodes that are very difficult to stop watching. This teen drama takes place in Ireland where the two teens meet, fall in love, and then go off to college. Throughout the 12 episodes, the teens’ romance evolves and causes a lot of drama. Despite all of the drama, they are always brought back to each other, even after the major issues they face. Underneath all of the teen drama, however, the show is really about growing up in a way that inspires one to become the person he or she wants to be as he or she grows.

Even before they are officially dating, Marianne and Connell know each other well because Connell’s mom cleans Marianne’s family’s house. Although they do not have the same lifestyle, what they share in common is their intelligence and instant attraction. Connell is embarrassed by what his friends will think of his relationship with Marianne, so he keeps it a secret. As explained, there is constant drama throughout each episode that makes you never want to stop watching! If you start this binge-worthy show, get comfortable because you will be sitting and watching for 12 episodes straight! If you enjoy dramas and romances, then this show is definitely for you. Check out the first season of Normal People on Hulu today!