You are here
Home > Entertainment > Impact of Coronavirus on Sleepaway Camps 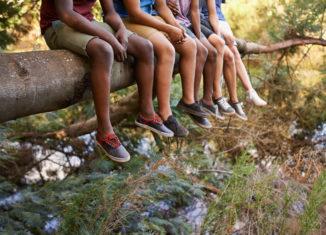 Every year, millions of children look forward to going to sleepaway camp in the summer. However, this summer, these camps were threatened by the coronavirus. As social distancing procedures continued, sleepaway camps were hit with great uncertainty as to whether they would be able to reopen. After months of isolation and social distancing, kids were more in need of camp than ever. This posed a big problem for sleepaway camps, which began doing all they could to try to remain open for Summer 2020. Throughout the pandemic, camps remained optimistic; however, more recently, many camps have begun to cancel.

In a camp setting, social distancing is not realistic – kids are packed into a bunk and do activities together. Social interaction is the most important part of camp, and there was no feasible way for distancing to occur. As a result, camps began to look into alternate options to open. Many camps based their plan on the idea of “quarantining together.” In this plan, campers would get tested right before going up to camp, and once they got there, the camp would essentially be on lockdown. No intercamp games would occur, staff would stay on camp on days off, and visiting day (a day in which parents would see their children mid-summer) would be canceled. However, when this plan was made, camp directors assumed that a reliable, quick test would be developed by camp time. It is now clear that this is unlikely, which derails the plan.

Furthermore, even if campers were tested and camps were locked down, there is still a great risk. If COVID-19 found a way to enter a camp, the virus would spread like wildfire. With health centers only capable of treating a few campers at a time, camps would be unable to properly help infected campers. They would be unable to send them home and expose them to their family, creating ethical issues. This would cause panic amongst families. This risk is far too great. As a result, some camps have already started to cancel, and it is suspected that more will soon follow. Although this comes as a great disappointment to campers all over America, it is a necessary part of the “new normal” we are living in. It is expected that these camps will try to make this up to the campers in the coming summers.