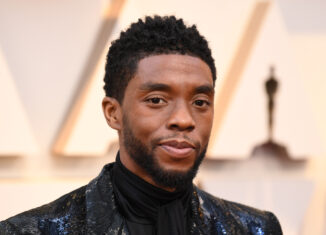 The world is in a state of shock as we mourn the sudden death of a man who will most certainly be remembered as a legend. On August 28th, Chadwick Boseman died peacefully with his family and friends by his side. He was 43. Without the public knowing, Boseman had been diagnosed with stage 3 colon cancer back in 2016. Over time, cancer developed into stage 4 and ultimately caused his death. What is truly remarkable is the fact that during his time filled with pain, chemotherapy, and surgery, Boseman maintained his Hollywood persona and continued creating impactful films for the world to enjoy. During his downtime, Boseman would often visit children with cancer at St.Judes, while he himself was fighting his own silent battle.

The difference between Boseman and other actors is that many of his movies have made tremendous contributions and have shined a bright light on the issues in our world. Acting as different black icons in “Black Panther”, “Marshall”, and “42”, just to name a few, Boseman sparked life lessons and offered unparalleled inspiration to many. His starring role as King T’Challa in “Black Panther” will forever be life-changing to the black community. It is because of his role in this film that more kids can look at the movie screen full of superheroes and think “that person looks like me!” Not only is  “Black Panther” the first major superhero in a movie with a black protagonist and a majority black cast, but it is also one of the highest-grossing films in history. This production has paved a path for black people in the industry and is beyond empowering to the black community.

What is truly heartbreaking is that in the months leading up to his death, it was clear that Boseman was losing weight, and many people began making fun of his appearance online. Little did these bullies know, this man had been fighting a hard battle with cancer for years. As the public was not aware of the diagnosis, Boseman’s death was very sudden and much harder to deal with for fans. Prominent figures, such as Martin Luther King III, Joe Biden, Oprah, and many more, have posted on social media in his honor. Twitter officially announced that the tribute post made by his account is now the most liked Tweet with 5.7 million likes and counting.

Boseman always promoted the need for positive change in society. He came from working-class roots and worked hard for all of his success, so he knows that it is possible. He is an inspiration to all and will not be remembered as not only an actor but also a legend. Chadwick Boseman has left a dent in history, and it is our job to keep his legacy alive.