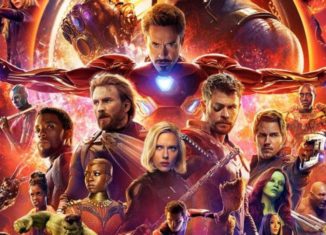 The Marvel Cinematic Universe (or MCU for short) is one of the most popular movie franchises in history. The MCU contains multiple characters and movies, the most popular of which are Iron Man, Black Panther, Spider-Man, and Captain America. The MCU began with its first film, Iron Man, in 2008. The film made $585.2 million at the box office with a $140 million budget, shattering all expectations held by fans and critics. It also contained many subtle hints that suggested that there were many more movies on the way. The most obvious hint was an after-credit scene in which Nick Fury (the head of SHIELD, the organization that created The Avengers) visits Tony Stark (Iron Man) to talk with him about “the Avengers initiative.” This scene was almost a guarantee that fans were going to see The Avengers on the big screen. Since then, Marvel has been known for their after-credit scenes giving fans a sneak peek at what’s next.

After the huge success of Iron Man, Marvel Studios created a plan for their future movies. Divided into three phases, the plan was spread from 2008 to 2022. The first phase contained movies such as Iron Man (2008), The Incredible Hulk (2008), Iron Man 2 (2010), Thor (2011), and Captain America: The First Avenger (2011). All of these movies led up to Marvel’s The Avengers (2012), the final movie of phase one. It was an instant blockbuster, making $1.52 billion at the box office. The film also solidified the MCU’s place as one of the most popular movie universes of this generation.

Phase three officially began in 2016 with Captain America: Civil War and includes movies like Doctor Strange (2016), Guardians of the Galaxy Vol. 2 (2017), Spider-Man: Homecoming (2017), Thor: Ragnarok (2017), and Black Panther (2018). Despite the success of these films, the most anticipated movie of phase three and the entire MCU, in general, is Avengers: Infinity War, which premiered to a global audience on April 27, 2018. The movie consists of all major characters from every movie in the MCU, as they must all come together to defeat the main villain. The movie has a budget of $500 million; however, it was announced that the movie will be released in two parts, with the second (having an unknown title as of this report) being released on May 3, 2019. The second part will also have a budget of $500 million, which gives a whopping total of a $1 billion budget for the entire project, the biggest budget in movie history. The main villain of part one will be Thanos (played by Josh Brolin), an alien who has come to conquer Earth and the universe. His eyes are set upon the Infinity Stones, five rocks with immense power. Over time, most of the stones have been revealed from within the MCU. The Space Stone is blue and was in the Tesseract from the original Avengers film. The Mind Stone is yellow and is currently powering The Vision. The Reality Stone is red and can be seen (in its liquid form) as the Aether from Thor: The Dark World. The Power Stone is purple and was in an orb that can be seen in Guardians of the Galaxy. The Time Stone is green and is currently within the Eye of Agamotto from Doctor Strange. The last stone, the Soul Stone, is orange and has not yet been revealed in the MCU. If Thanos unites all six stones in his Infinity Gauntlet, he will have unlimited power.

There has been much speculation leading up to the film; fans even have theories as to what will happen during the film, as well as the way in which it will end. Despite all of the speculation, Marvel Studios President Kevin Feige has confirmed that there will be a major death in the film. Most fans speculate that it will be Captain America based on a scene he had in the trailer, but nothing is set in stone. Expect to see many fanboys dressed in costumes and Marvel T-shirts on the release date of the film, and for some time thereafter, as it has been circled on their calendars since the movie was announced in 2014. The movie is sure to captivate audiences worldwide, and it will definitely be a fun and entertaining film. While tickets are incredibly difficult to come by, we will get there, and we will see this historic film, so stay tuned for a review in the not so distant future.