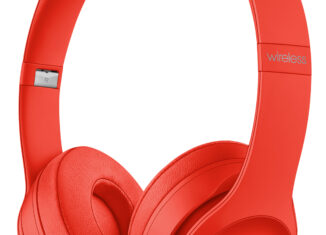 The year is coming to an end and it’s been a great year for music. Many new artists emerged onto the scene and we saw the return of many heavy hitters in the game. With COVID still being a worldwide crisis, we’ve had music releases delayed until further notice – hopefully in 2022. This absence of certain prevalent artists such as Kendrick Lamar, Travis Scott, Frank Ocean, The Weeknd, and more, hasn’t necessarily been entirely bad though. For many people, myself included, this year has been big for personal music exploration. Therefore, I think it’s only right that I go through some of the best albums of the year. You may be wondering, why does he get to say what’s the best and worst albums of the year? And that’s a good question. I have no true credibility except for the fact that music is one of my deepest passions, and god knows I listen to a lot of it. Just remember these are my opinions, and it’s perfectly fine to disagree with them. If you disagree with them however, you’re most likely wrong. I will be giving my top three albums in each category and my most disappointing album as well. So without further ado, let’s begin.

Starting off with a genre especially close to my heart, Hip Hop.

Nas kindled his 1994 self for this album. As someone who had mixed feelings on Kings Disease 1, I was skeptical when I heard Nas and Hit-Boy were teaming up again on this project. To my surprise, I was blown away, every single beat by Hit-Boy was perfect, low-key and smooth. Nas’ storytelling in particular shows us his mindset as he reaches older age and becomes the inspiration and mentor for many younger artists. This is showcased by having both classic features, such as his reunion with Lauryn Hill, and his new features of YG and A Boogie Wit da Hoodie.

If you have never listened to Mach-Hommy before, I am doing you a service introducing him to you. One of the greatest lyricists in the game today, as demonstrated on the song Self Luh and Wood Nickels. Mach-Hommy has been on my radar for a while now after being co-signed by many such as Westside Gunn, Jay-Z, Jay Electronica, and countless other big names. The production on the album may come off as simple sometimes, yet it’s effective in giving each song a groove while still allowing Mach-Hommy to shine and take away the show. This was his second album this year, his first being ‘Pray For Haiti’ which was also exceptional and is on my honorable mentions list. However, there are some misses for me on that album, where this one is simply perfection.

Favorite song: Self Luh or Labou

This one may be a little biased. As someone who has Tyler as their second favorite artist of all time, (behind The Weeknd) I was bound to love this album. Tyler achieves what he always seems to do with me, surprise me. Igor is one of my favorite albums ever made, and I was excited expecting to have a similar styled album. However, when Tyler put out a tweet stating that Westside Gunn inspired him to rap again, I knew we were in for a treat. The production is impeccable on the album with not one bad beat. The lyrical content is amazing, it truly seems like Tyler is one hundred percent himself on the album, and he is happy where he is in life. There isn’t much of the anger that we once knew Tyler for. This is refreshing to hear as he talks about finally maturing, even if it took a while for him.

This one may sting some of you. I did not like this album at all. The beats were boring and generic, lazy features, and very repetitive lyrical content. Not much to say about this.

Favorite song: You Only Live Twice

This album was amazing, and after hearing ‘Leave the door open’, I had no other expectations. Anderson Paak, and Bruno Mars are respective legends in their fields and the collaboration was not one I expected, yet one that I needed. The live instrumentation that went into the production is beautiful. Every song makes me feel like I am driving along a coast with the windows down, and I love that. My one issue with this album, there is little to no originality,  none of the lyrical content blows you away, and the sounds are inspired to a point of copying from artists like George Clinton, Parliament, and even someone who helped them, Bootsy Collins.

Favorite song: Put On A Smile

This album is beautiful to say the least. The content is amazing and very empowering towards herself and all women. It’s been some time since we have heard new material from Jazmine Sullivan, around five years, and she did not disappoint in her triumphant return. There is not much for me to say about this album except you should definitely check this album out, you will not regret it.

Yes. Just yes. I love Snoh Aalegra. An uber talented artist with amazing song writing and a great ear for beat selection. Ever since I heard her song ‘In Your River’ I have been hooked on her music. When the album came out I was stoked to listen and as always, she delivers. The production is beautiful and the lyrics and hard hitting and feel extremely personal yet relatable, the ultimate achievement in songwriting. Features are great as well, with the highlights of them being the two from Tyler, The Creator. This album leaves me nothing but excited for her future and I’m extremely happy she was nominated for R&B album of the year at the grammys, she should win.

This is TRAPSOUL gone bad.

I have been a fan of Amine for a while, he has always been more a traditional rap artist however. This album changed that, and I really appreciate when an artist can change up their style and do it well without having it feel cheapend. This album does just that if you ask me. It takes elements that feel almost similar to 100 Gecs, a group I do not enjoy, yet makes it enjoyable to me. A hyperpop/rap album from Amine was not what I expected, but it’s good, check it out.

2.  By The Time I Get To Phoenix – Injury Reserve

Woah, this album hits hard. Especially if you have followed the drama of Injury Reserve. Stepa J. Groggs, one of the trio, passed away in June of 2020. It has been a hellish year for the group as they tried to put together this project with what they had left of Groggs. Fans knew this would be the last time they heard the three together on songs forever, and this makes it all the more beautiful when listening. The songwriting and performance from Groggs is gutting and heart wrenching. The production puts you in a trance. They somehow pulled together a masterpiece.

Well, if you don’t like this album, honestly, I understand. It is not an album that will be universally liked. This whole project is manic, and in a rush to get to the end. Zelooperz’s performance is, in one word, insane. The lyrics are witty, yet funny. And the vocals are loud and abrasive. The beats are experimental to the extreme. Even pulling the Crash Bandicoot theme song out for the track Bash Bandicoon, a collaboration with the legendary Danny Brown. If this music appeals to you, you will love it. If you don’t, you will be giving weird looks to the person who showed you it, and that’s fine. Just listen with an open mind and try to have fun, because this is amazing.

That will do it for now, folks. It’s been an exciting year and I can’t wait for the new music to come next year such as (Freddie Gibbs, Kendrick Lamar, Playboi Carti, Frank Ocean, The Weeknd, Danny Brown, etc…)