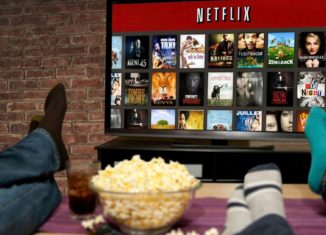 It’s that time of year again! Netflix has recently added an entirely new repertoire of TV shows, movies, and documentaries to its endless list of choices. Unfortunately, as a result of these new additions, Netflix viewers will have to say goodbye to some of their favorite entertainment. Below is a sneak peek at some of the latest newbies as well as a retiring favorite.

Everyone is excited to hear that another classic Disney film will be added to their binge watching list! The BFG is about a ten-year-old orphan named Sophie who begins an adventure when she meets the Big Friendly Giant. After facing her fears about getting to know the giant, she comes to realize what a sweet and gentle creature he truly is. The BFG takes her to the Giant Country where they attempt to stop the evil man-eating giants.

Played by the infamous Adam Sandler, Sandy Wexler is a talent manager in the 90’s looking to recruit new aspiring artists from the Hollywood area. His priorities are tested when he accidentally falls in love with a talented new client, Courtney Clarke. The rest of the film demonstrates how they manage their complicated intertwined work and love lives.

Based off of the 2014 motion picture, this new satire series gives insight into the lives of a diverse group of young adults who attempt to find their way and try to fit in at a predominantly white university.

Many are upset to see this 1980’s classic go. In the film, Ferris Bueller is attempting to make one of his last days before graduation count, calls in sick, steals a car, and goes on a whole day adventure around Chicago while the school principal is determined to catch him. Be sure to watch it before it leaves Netflix!