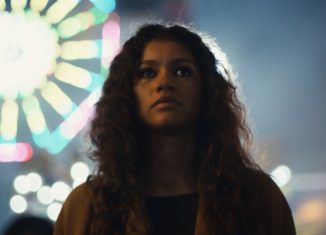 Euphoria, starring Zendaya, is a new hit show. This HBO show can be a little disturbing to watch, but it’s definitely entertaining. The show is told from the viewpoint of 17-year-old Rue Bennett, a teenager in crisis. After Rue spent a summer in rehab, she returns to school struggling to find good friends. This is until Jules shows up. Jules is a breath of fresh air for Rue. Jules and Rue both aid each other in finding who they really are. Another character, Nate Jacobs, is the school’s star football player who has problems of his own. He has anger issues, family issues, and commitment issues with Maddy. Nate’s dark past is evident in his presence when it relates to his personal and social life. This show is full of drama and leaves the person watching on the edge of their seat. The first season is completely released, and you can find it either on demand or on Hulu. While it is a good show, Euphoria does include mature content and contains topics that are sensitive to some.