You are here
Home > Entertainment > The Oscars 2019 Review 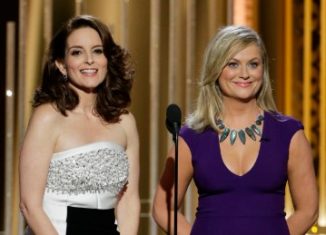 On February 24th, 2019, the 91st Academy Awards ceremony was presented by the Academy of Motion Picture Arts and Sciences. This ceremony honored the best films of 2018 and took place at the Dolby Theatre in the Hollywood section of Los Angeles, California. This award ceremony shocked, delighted, and upset many. This ceremony was different from those of years past because, for the first time, four black women won the first four out of five trophies presented, and overall, there was a significant number of black winners. In addition, female directors were greatly acknowledged by winning the shorts categories. This ceremony also contained a few surprises, which included Green Book winning Best Picture. The entertainment did not disappoint either. Lady Gaga and Bradley Cooper performed “Shallow,” from their hit film A Star is Born, and brought the audience to tears with their true emotional connection to the lyrics and to each other. This song went on to win best original song. The film that highlighted the life of music legend Freddy Mercury, Bohemian Rhapsody, dominated the show with four awards. Another fan favorite, Black Panther, also took home three awards. This year’s ceremony did not overlook the shorter, animated flicks that fans enjoyed throughout 2018. If you saw Incredibles 2, you probably also saw the short film at the beginning about the dumpling, entitled Bao. This less than 4-minute film, the first of its kind for Pixar, won best animated short. In almost a century of honoring the best of the best in the film industry, this ceremony was unique to all others in a very special way. The 2018 Oscars did not have one main host, which had some worried that the show would fall apart and become overly focused on the politics behind the lack of a host instead of the awards begin presented. However, as it always is in show business, the show must go on. Despite the lack of a host, the audience was involved and attentive for the entirety of the show. This year’s Oscars had some highs and some lows, but, in all, it was definitely a great night honoring some of the entertainment industries brightest stars.