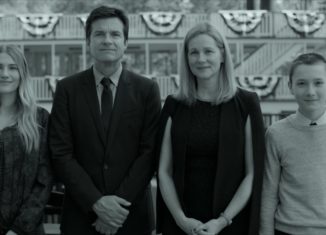 Ozark is an intense American crime drama web television series that is praised by the public for its outstanding tone, directing, and acting. This series was created by Bill Dubuque and Mark Williams for Netflix and produced by Media Rights Capital. It stars Jason Bateman, who served as director and executive producer for the series, as the character Martin “Marty” Byrde, a financial advisor that suddenly relocated his family from the Chicago suburbs to the summer resort community of Osage Beach, Missouri. When a money-laundering scheme for a powerful Mexican drug cartel goes wrong, Marty must make amends by setting up bigger secret operations in the Lake of the Ozarks. When Marty and his family arrive in Missouri, they become entangled with local criminals and threats, and Marty must keep his family safe while working on his operations and dealing with problems all at once. The series has received 14 Primetime Emmy Award nominations including Outstanding Drama Series, with Bateman winning for Outstanding Directing for a Drama Series and Julia Garner for Outstanding Supporting Actress in a Drama Series, both in 2019. Bateman also received two Golden Globe Award nominations for Best Actor – Television Series Drama. The first season of ten episodes was released on July 21, 2017; the second season of ten episodes was released on August 31, 2018; and the series was renewed for a third season of ten episodes on October 10, 2018, which was released on March 27, 2020. Since season 3 of the series was released, the show has become even more popular, with its continued recognition on Netflix’s top 10.

Season 3 starts off with a jump 6 months into the future after the end of season 2. The casino is up and running, and of course, Marty and Wendy are having another dispute about what is best for the family’s destiny. Seeing the characters’ lives adjust to the 6 month time jump takes about an episode, especially since Ruth’s lifestyle is different now. Without spoiling too much, the initial situation of the season is Marty and Wendy’s differing opinions on expanding the casino, which involves a new alliance with Helen and Navarro. Another major part of the drama in the season is the arrival of Wendy’s brother, Ben. Like always, the season furthers the big mistake that the Byrdes made when they first agreed to work for the cartel years ago. New relationships are introduced in this season that no one could ever have thought to exist, and the ups and downs of the Byrdes’ marriage is seen within every episode.

Somehow, this family manages to keep themselves together, no matter what. Death and violence have not died down in this season, especially with the involvement of the Kansas City Mafia. Many viewers’ opinions on a character’s change throughout the course of the season, specifically those of Darlene Snell and Wendy. Helen, the lawyer for Navarro, has a much stronger role this season, and her personal life becomes relevant as well. The FBI is snooping around the entire season, which leads to the introduction of a new, important character named Maya. What really makes the season more exciting is the heavy involvement of Navarro himself. In the past 2 seasons, Marty has been working for him all along, but he was only a name. Knowing and seeing Navarro was a really big shift in this season.

Since season 2 dragged on the creation of the casino for too long, season 3 was a much bigger thrill because it picked up right away. So far, season 3 is rumored to be the best yet, and fans are anxiously awaiting the release of season 4. The final episode left everyone in shock and filled with questions. If you haven’t started the season, watch it now. Or if you need a new quarantine binge, this show is beyond perfect.