You are here
Home > Entertainment > P!nk Makes an Empowering Comeback 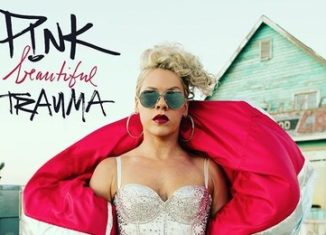 After five years of not-so-patiently waiting, fans of one of the biggest pop divas in music finally have something to look forward to. That’s right: P!nk is back! In early August, the pop singer-songwriter announced her upcoming seventh studio album entitled Beautiful Trauma, which is set to release on October 13th. This is the first solo album the songstress will have released since 2012’s The Truth About Love.

A lot can change in five years, especially in P!nk’s case. Fans are expecting her new sound to be a bit more dialed down when compared to previous years. These suspicions arose in late 2014, when P!nk, identifying with her birth name, Alecia Moore, released a folk album entitled rose ave. with friend and “musical soulmate” Dallas Green of City and Colour under the name You + Me. In her time off, Alecia Moore has also written and performed Today’s the Day, the theme song for close friend Ellen Degeneres’s talk show, and Just Like Fire, a hit song for the soundtrack of “Alice Through the Looking Glass.” Now, three years later, the thirty seven year old singer has returned under her stage name with new single What About Us, an empowering, politically influenced anthem.

The So What rockstar we all know and love is nowhere near gone, though. P!nk performed a medley of her greatest hits, including a reenactment of the new single’s music video, at the 2017 MTV Music Video Awards on Sunday, August 27th, not long before being presented with the Michael Jackson Video Vanguard Award. The singer’s family, minus eight month old son Jameson, proudly accompanied her to the awards show and were even honored in her acceptance speech. P!nk inspired girls in the international audience to embrace their true selves by sharing a touching story about six year old daughter Willow’s insecurities about being more masculine. “When people make fun of me, that’s what they use. They say that I look like a boy or I’m too masculine or I have too many opinions, my body is too strong,” said the singer. “Do you see me selling out arenas all over the world?”, she asked her daughter, proving that she is successful because she refuses to change herself for others.

And sell out arenas she does. What fans have been most looking forward to is an impending world tour. The performer is known to put on the most extreme of concerts where she sings live while doing challenging dances and performing acrobatics. Because of this, however, P!nk is constantly trying to one-up herself. It will be interesting, to say the least, to see how she tops her encore performance of So What from her previous The Truth About Love world tour, in which she rotated while flying all over the arenas, held by just cables hundreds of feet above the ground, while giving the audience the most beautiful live vocals the entire time.

Overall, fans only expect great things from this reliable popstar. From the little information put out by the singer, Beautiful Trauma is said to be a heavily personal album filled with powerful tracks. In that field, P!nk never disappoints.