You are here
Home > Entertainment > Rachel Platten Rocks The Paramount 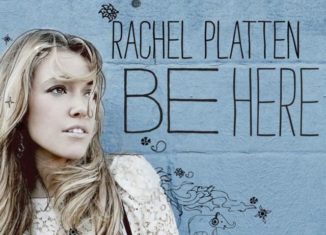 On Sunday, December 3rd, 2017,  singer-songwriter Rachel Platten put on an incredible concert at The Paramount in Huntington presented by Long Island radio stations, WALK 97.5 and K-98.3. This concert was for the holiday season as well as in support of Platten’s new album entitled WAVES. You may know her from her inescapable 2015 hit, “Fight Song.” This song was about Rachel Platten’s journey as a struggling musician for over a decade and trying to break through. This anthem was a reminder to herself to never give up on her dreams. The song was a major hit. It reached #1 on iTunes, #6 on the Billboard Hot 100, and 3X platinum in the United States. It was also prominently featured in TV shows, commercials, and Hillary Clinton’s 2016 Presidential Campaign. “Fight Song” was the lead single off of the album Wildfire. This album also featured “Stand By You,” which peaked at #37 on the Billboard Hot 100 and went platinum. Wildfire did very well as it went gold and peaked at #5 on the Billboard Hot 100. Now, Platten is back for more with WAVES. In short, WAVES is quite possibly my favorite album of the year. All the tracks bring something unique to the table, and there are no fillers on the album. Some of the standout tracks to me are “Grace,” “Loose Ends,” and “Hands.” WAVES also features the lead single “Broken Glass.” Platten explained that this song is a rallying cry and homage to the strength of women. She was marching side by side with all the women at the Women’s March in order to write this anthem that girls can look to for inspiration. After listening to the album many times in full, I was definitely ecstatic to see Rachel Platten perform live.

After waiting for a bit, everyone was let into the venue at around 6 PM, and the concert started at 7 PM. The opener was Jillian Steele. She performed some originals as well as covers of “Exes and Ohs,” by Elle King, and “There’s Nothing Holding’ Me Back,” by Shawn Mendes.  She won the crowd over and got everyone excited for Rachel Platten to grace the stage. At around 8 PM, Platten came out and started with “Stand By You.” Rachel was filled with energy and was ready for the fun night ahead of her. She sang many Wildfire throwbacks, such as “You Don’t Know My Heart,” “Better Place,” and even had a dance contest during “Astronauts.” Platten made sure to play some songs off of her brand new album WAVES, such as “Broken Glass,” “Perfect For You,” and “Collide.” Thankfully, Platten did perform my favorite song on the album, “Grace.” She played the piano as she sang with no other instruments. The crowd was so quiet for this ballad that you could hear a pin-drop as everyone was in awe of Platten’s talent. At the end of “Grace” she transitioned smoothly into a cover of “Don’t You Worry Child,” by Swedish House Mafia, that had everyone singing along. Platten ended with “Good Life,” but came back on the stage for an encore. Since it was a holiday concert, she performed an ethereal cover of “Have Yourself A Merry Little Christmas.” After that, it was time for her to perform the song she has been teasing the whole night: “Fight Song.” Before she began to sing, she told us the story behind the song. She almost quit music after so many years of struggling, but then she decided to stay in music and chase her dreams through writing this song. Everyone in the crowd chanted the inspirational lyrics of the song and believed in the message. “Fight Song” was the final song of the concert, and it definitely ended on an uplifting note. Rachel Platten put so much passion and emotion into her performance, and I can’t wait for her to return for her next concert.