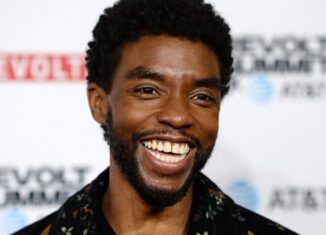 It happened on August 28th, 2020— the death of actor Chadwick Boseman after a long, private battle with colon cancer. In his Hollywood career, Boseman always hits it out of the park, playing several iconic African American figures, beginning with his portrayal of Brooklyn Dodger Jackie Robinson in the 2013 film “42,” where he captured Robinson’s courage in the face of racial discrimination. Boseman continued to thrive in the 2018 Marvel blockbuster “Black Panther,” playing the king of the imaginary African nation of Wakanda. The powerful message that “Black Panther” created earned it more than $1 billion at the box office worldwide and three academy awards, as well as a nomination for best picture. For many black Americans, the film was a cultural touchstone. However, what none of his devoted fans knew, was that all through his great successes of the past four years, he was fighting colon cancer the whole time. He died the day major league baseball honored Jackie Robinson and was just 43 years old.

“We are all heartbroken by the tragic loss of Chadwick Boseman—an extraordinary talent, and one of the most gentle and giving souls I have ever met,” said Robert A. Iger, executive chairman and chairman of the board of the Walt Disney Company. Boseman quickly became a global cultural phenomenon, inspiring millions of fans around the world. Boseman’s characters were no ordinary superheroes. Each time he stepped on set, he radiated charisma and joy, and each time he appeared on screen, he created something truly indelible. Nobody was better at bringing great men to life. He was as smart, kind, powerful, and strong as the characters he portrayed. He now takes his place alongside them as an icon for the ages. We mourn the fact that we will no longer be able to see his gift as an actor flourish, but we will continue to celebrate the legacy he left behind.