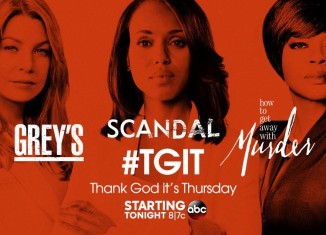 Fans anxiously awaited Shonda Rhimes’s mid-season premieres of Grey’s Anatomy, Scandal, and How to Get Away with Murder. Grey’s Anatomy and How to Get Away With Murder left their fans on the edge of their seats where both Grey’s star Meredith Grey and How to Get Away with Murder’s star Annalise were shot. Scandal fans were outraged with the breakup of their favorite couple Olivia and Fitz. These fan-favorites returned on February 11th, captivating fans and bringing drama back to their Thursday night. While excitement buzzed about the return of these shows, Shonda Rhimes was working on a new show called The Catch, which premiered on March 24. In The Catch, Alice, a fraud investigator played by Mireille Enos, is suspicious of practically everyone and is always on her toes. However, she is taken by surprise when her fiance, played by Parenthood’s Peter Krause,  robs her of all her money and belongings. She never expected the person she trusted most to be the one to con her. The show goes on to portray the cat and mouse game between Alice and her fiance. This riveting new show will join the Thursday night lineup replacing How to Get Away With Murder. The press and social media users are excited to see Rhimes produce a show significantly different from her previous shows. Tune in Thursday nights to ABC to catch up on Shonda Thursday!