You are here
Home > Entertainment > The New Season of “All American” 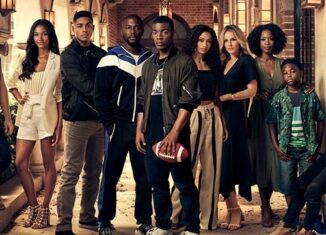 While many began watching the first two seasons of “All American” on Netflix, the third season is now airing on The CW and fans could not wait to watch it, looking forward to every Monday! Although there has been a slight break these last few weeks due to Covid-19 interfering with production, there has only been more to look forward to due to the series leaving viewers on their toes.

As the series continues to evolve, the new season follows the same narrative as the past two seasons, including themes of race and privilege. While Spencer is struggling with switching schools due to his peers judging him, the theme of privilege is evident. Without spoiling too much, Spencer is judged for his choice of switching schools, resulting from the jealousy of some and the feeling of abandonment of others. Additionally, while Spencer moves in and out of Coach Baker’s house, the theme of race is discussed. This conversation comes as no surprise. This season is different from past seasons due to the focus on more recent social situations that strengthened the presence of the Black Lives Matter movement.

On a different note, Coach Baker’s daughter, Olivia, is affected by family issues and her own troubles which leads her back to a hard place. Secrets are revealed that lead to some feelings being hurt. These secrets cause some characters to have a very difficult time around others. Although there are some sad and difficult moments, there are also new and exciting adventures. There are some new characters that fit the show very well. Also, many situations continued from past seasons, making the new season even more exciting. The writers truly developed an amazing story with even better characters!

In all, the real-world issues make the series very appealing, especially to teenagers since the story takes place mostly during high school. Although the season is not over yet, it was made clear right away just how amazing this season would be!