You are here
Home > Entertainment > The Passing of a Legend 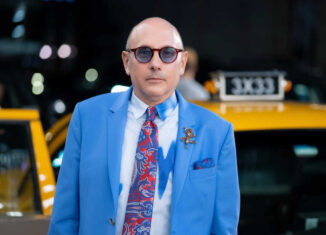 Willie Garson, formally known for his part in Sex in the City as Stanford Blatch, tragically died this past September. The outpouring of love, emotion, and sadness from his fans, costars, and the media shows just how amazing he was. While it is so easy to focus on the sadness of his battle with cancer, it is even more important to honor his life and all that he was about. Willie has always been thought of as an extremely funny and overly kind man. He has expressed how although his acting and directing career was a high success, his biggest accomplishment will always be adopting his son. Willie was a single man who became a single dad, when adopting his now twenty year old son Nathen. Willie was in fact very private throughout his life although his character on Sex In the City made many preseve him as the opposite. He played a gay man on the show which led to many questioning his sexuality, which was something he kept a secret for a long time. It could be very difficult to play a gay man in a show for several reasons. According to mirror.uk, “For years [he] didn’t talk about it because [he] found it to be offensive to gay people.” Willie’s personal character was continuously evident in his words and actions throughout his life. His humbleness, kindness, bravery, and leadership never went unnoticed. Even when Willie was fighting for his life with cancer, he still kept it out of the public eye. While many famous actors allow fame to get to them, Willie continued to be a very down to earth man who just wanted to do what he loved, which was acting. As the media flourishes with articles on Willie’s passing and fans and loved ones grieve, his memory will be remembered all around the world. RIP Willie Garson.