You are here
Home > Entertainment > The Shallows Movie Review 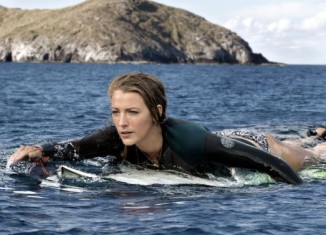 You may know the actress Blake Lively from her main role as Serena van der Woodsen in Gossip Girl or even as Adaline Bowman in Age of Adaline, but you have never seen her like this. In the film The Shallows, Lively plays Nancy Adams, a medical student who just lost her mother. This role is unlike any other considering that Lively is basically the only character in the whole movie, besides a shark and a seagull. Usually Blake Lively plays a character of an average teenager or adult that is much easier to portray. However, she did a fantastic job in captivating the audience all by herself by being very convincing in her acting. Director, Jaume Collet-Serra and writer Anthony Jaswinski both did an amazing job in creating a shark movie that doesn’t try to surpass Jaws, like most shark movies try to do. Instead, this movie is more about a woman trying to survive alone against the elements. They also create anticipation throughout the whole movie, which is a tough thing to do now-a-days where most movies are similar and easy to predict. They continue to show either just the shark fin or the shark underwater to have the audience wait anxiously for its next attack.

In this suspenseful thriller, Nancy decides to go to surfing on a secluded beach where her late mom used to go. All of the sudden, she becomes stranded two hundred yards from the shore where there is a great white shark in the water. Nancy is left in the water with the shark circling her feet as she tries to fight for her life. Initially, audiences would think that it would be impossible for Nancy to survive, but as the movie continues, you realize that Nancy is using skills that many would not think of using in order to live.

If you are not afraid to see a little bit of gore and blood and you want to see an unbelievable thriller, The Shallows is definitely the movie for you. This movie is a stripped down film that just cuts to the chase without all of the slow, unnecessary details that other movies have. The Shallows will keep you on the edge of your seat for the entire movie and ultimately leave you speechless.