You are here
Home > Entertainment > The TikTok Takeover 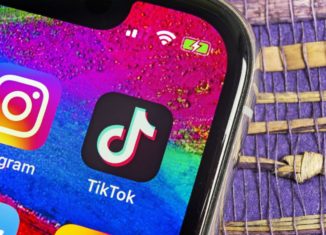 The addiction of social media among the younger generations has taken another turn for the worse: TikTok is taking over. TikTok is an app where people share and create short videos of lip syncs, dances, comedy, and talents for many to see. This is not the first time we have witnessed this app’s fame as many may remember their 2016 Music.ly addiction. Music.ly was an app just like TikTok, but in 2017, it was purchased by a Beijing based company called Bytedance. Bytedance took Music.ly and absorbed it into its TikTok app making it an automatic update onto everyone’s mobile devices. The popularity of TikTok died right around its switch, and this lasted until the summer of 2019 when it started making a slow comeback. Kids and young adults began redownloading the app and treating it as a joke. For the first few months of its comeback, posting on TikTok was not taken “seriously,” and it was something people weren’t open about showing to other people. Within a short amount of time, however, people on the app began gaining fame and started forming TikTok’s own group of influencers. Another reason it started to peak as an app was the introduction of “TikTok dances.” These dances are short, fun, routines that typically do not require any dance experience. This really sparked the addiction as everyone wanted to take part in the fun, mini dances.

Thus, TikTok is taking over because it is addictive. It is currently the number one social media app of 2020, and the average person spends at least 52 minutes on the app a day! This amount of time does not compare to a quick Instagram scroll. Many say time on TikTok is different than actual time because the app is so addicting that once you log on, you don’t even process anything else. The feature that makes this app have an infinite timespan is its “For You Page.” While users can choose to only view the posts of who they follow, TikTok also produces a limitless timeline of videos posted by any TikToker that are primarily suited to your liking. Scrolling through each video never ends as the page just constantly refreshes with new content from the app’s 800 million users. This is the feature that really makes TikTok very diverse, open, and unique when compared to other platforms. The phenomenon of TikTok’s return is not without its negatives. A significant effect of this app is the loss of focus and interest among users. Due to the constant watching of mere seconds of content and then immediately moving on to the next video, teens are developing shorter attention spans. It is becoming much harder to keep attention on one thing for a long amount of time. This is a huge red flag and a reason that this app should be more closely monitored.

During quarantine, it is hard to find things to keep everyone busy, because even the other platforms are dull and slow-moving. The app is currently filled with many challenges and trends that are related to quarantine, which is very attractive to its users during this time. As much as this app provides a fun outlet for entertainment, it is important that, especially during this time, you limit time spent on the app because it truly is taking over lives without people even realizing it.