You are here
Home > Entertainment > The Wait is Over: The New Spider-Man Movie is here! 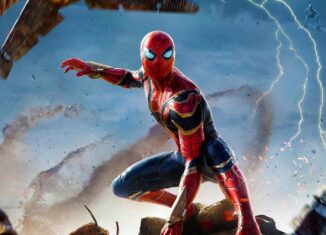 Spider-Man has been popular since the 1960s in comic book form. In 2002, however, Marvel released their first film, Spider-Man, and it was an instant hit! Marvel began to produce more and more movies in the Spider-Man series. On December 17, 2021, fans were ecstatic because, Spider-Man: No Way home, was available in theaters. Tom Holland, an English actor, will be the star acting in the role of Peter Parker aka Spider-Man. Tom Holland stated that Spider-Man: No Way Home will take a different tone from the previous two films. According to Holland, the film would be somber, dark, and emotionally affecting. As seen in the teaser trailer, Peter’s identity was public, causing havoc for him and his family. As a result, he seeks out his old friend Dr. Strange in the hopes of regaining his anonymity through magic. Instead, he embarks on a new adventure in the multiverse, where he encounters at least one familiar foe: Alfred Molina’s Doc Ock. Spider- Man’s outfit has definitely upgraded since the previous movies as well. The threequel was supposed to start filming in Atlanta in July, but was postponed due to the coronavirus outbreak. In October 2020, actor Tom Holland posted an Instagram story of himself arriving on site, indicating that filming had begun. Rumors and speculations are swirling about this new movie and it will definitely be a movie to remember.