You are here
Home > Entertainment > Tyler the Creator Releases IGOR 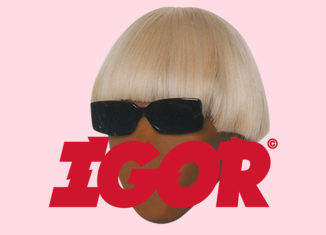 IGOR is Tyler the Creator’s 5th studio album and one of his greatest. It is also one of his most unique albums to date. It is emotionally packed and filled with Tyler’s great production style for which he is known. IGOR follows the various stages of Tyler’s relationship with his love interest, including the ups, the downs, and even the darkness of Tyler’s thoughts and emotions.

Tracks like “EARFQUAKE” and “I THINK” show how Tyler feels when in love, specifically highlighting how he can’t get enough of this guy. Other tracks, such as “NEW MAGIC WAND” and “A BOY IS A GUN,” show Tyler’s darker thoughts he’s dealing with, specifically when he feels the relationship is uneven in terms of commitment. In the case of IGOR, Tyler is seeing a man who is seeing a woman. Tyler’s unsettling thoughts mostly come from the idea that the woman is replacing him and what he’s doing to deal with that in his head.

The album is fully produced by Tyler himself, including the instrumentals for every track. He uses a lot of synth, piano, and heavy bass. The album also features vocals from Solange, Pharrell, and Kanye West.

Recently, it was nominated for and won Best Hip-Hop Album at the Grammy’s. While this album doesn’t necessarily fall under the hip-hop category, this award was well deserved. Tyler himself even said, “On one side I’m very grateful that what I make could just be acknowledged in a world like this, but also it [stinks] that whenever we, and I mean guys that look like me, do anything genre bending, they always put it in the rap or urban category.” Fans will definitely agree with Tyler here. IGOR was pretty genre-bending and definitely much more than a hip-hop album.

To me, everything about “IGOR” is interesting. The story, the music, and everything in-between. I give Tyler, the Creator’s “IGOR” a 9/10.