You are here
Home > Entertainment > Will Covid-19 End Reality TV? 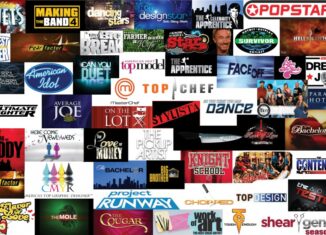 Since the start of Covid-19, reality television has been forced to change its ways. Reality Television is traditionally filmed in person with many characters, but these shows are now under strict orders and are running differently than they usually would. Viewers are attracted to shows based on drama, entertainment, and how the reality stars interact with each other, but it’s the interaction that has become limited.

Although fighting to survive during the pandemic, the reality TV industry is doing what they can. Many shows, including Keeping Up With The Kardashians, Watch What Happens Live, and all of The Real Housewives Series, have been forced to halt their normal production and interact via video chat or not at all. Moreover, with these changes in production, shows are losing viewers and will not be able to continue normally. A popular summer series, Big Brother, got a late start this year, but through some unique adjustments, the producers were able to make it happen, and fans were elated. However, some viewers may not be as interested in these delayed reality shows as they were prior to the pandemic. Sadly, many favorite reality shows are not going to return anytime soon, and some may not return at all.

Even though some viewers have shown a lack of interest, many have expressed that they need reality TV now more than ever. For some, it is their escape. Through all of the drama and entertainment, viewers take their minds off of their own life and struggles which is a necessity during the pandemic. When shows begin to film again, producers and reality stars hope that fans will be more than excited to begin watching again. Fans are necessary to help save the industry. While Covid-19 has affected reality television greatly, there is still hope that it will not ruin the industry completely.