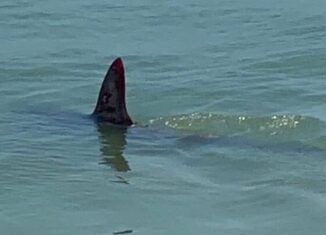 This summer, 19 sharks were sighted at various Nassau and Suffolk County beaches adding to the terror of 2020. This was a significant increase in the sightings in the waters immediately surrounding Long Island from previous years. Although there was an increase in the number of sharks, fortunately, there was no increase in the number of attacks. As a result, the Nassau and Suffolk County police raised their safety measures and protocols by further monitoring the coast to protect the public. Some beaches were even closed or restricted due to shark sightings this summer. The sharks came close to the shore requiring many beaches to only allow the public to go into the water at a knee-deep level. Nassau County Executive Laura Curran believes since the water has gotten a lot cleaner recently due to Covid-19, the sharks are more greatly attracted increasing the number of shark sightings.

Many professionals say that the number of sightings includes sharks that “normally occur” and not just great white sharks and bull sharks. However, the first sighting for Suffolk County was early June when a great white shark, known as Miss May, was tracked close to the coast of Montauk. Against what most people believe, it’s very unusual for a shark to attack a human as they are more attracted to natural food sources like seals. Usually, if an attack occurs, it is because the shark mistakenly identified the human for another sea creature due to their attire.

Despite the many shark sightings in places like the Hamptons and even Jones Beach, the beaches were pretty crowded this summer even with a global pandemic. For many, the beach became their only fresh air escape from many months of quarantine, so sharks or not, people flocked to Long Island beaches. Nevertheless, shark sightings and COVID 19 make for a quite frightening combo if I do say so myself.