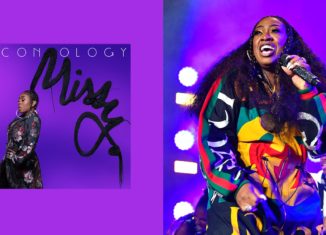 Missy “Misdemeanor” Elliott is a 48 year old American singer, rapper, songwriter, record producer, dancer, and philanthropist. Her first album, Supa Dupa Fly, was released on July 15, 1997. Up until this year, her most recent album was The Cookbook which was released on July 5, 2005. During her early years in the music industry, Missy made a huge impact on the world of hip-hop, which, at that time, predominantly consisted of male artists. Since then, every Missy Elliott fan has been anxiously awaiting her reappearance in the music world. Over the past decade, Missy released a handful of songs; however, it has been 14 years since her last EP release.

On August 23, 2019, Missy released her new album entitled Iconology. The name fits the female artist because she is a true, living icon. The release was timed to occur simultaneously with the 2019 VMA’s during which Missy performed for the first time in 16 years. She performed to a mash-up of her iconic songs and graciously accepted the Video Vanguard Award. Earlier this year, Elliott was also inducted into the Songwriters Hall of Fame. The cover photo of Missy’s new album is eye-catching and shows her trendy and unique style. Iconology displays different styles of music in just five songs. These songs include “Throw It Back”, “Cool Off”, “DripDemeanor” (feat. Sum1), “Why I Still Love You”, and “Why I Still Love You” (Acapella). She also impressed fans with a music video release for her catchy and upbeat song, “Throw it Back.” The video features singer and actress, Teyana Taylor, showcasing the career of Elliott as she gives a tour of the “Hall of Missy.” While the young teen in the video does not know who Missy Elliott is at first, by the end of the song, the whole block is wearing Missy-esque braids and doing the “double dutch” Elliott style! Through this video, her music release, and her recent media presence, fans are hopeful that Missy is around for good. Missy Elliott’s talent throughout the years has impressed upon us how she is the true female boss of hip hop.