You are here
Home > Lifestyles > Why Does Fashion Repeat Itself? 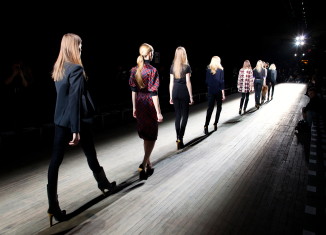 Fashion, over time, has changed drastically, but somehow fashion keeps finding a way to repeat itself. The real question is why. In past decades and even today, seemingly outdated fashion has found its way back in style. Most of the clothing that we wear today is a version of something people used to wear in the past. This is mainly the result of fashion designers deciding to bring back old trends. Designers believed that since these trends were popular at one point, they have a high chance of becoming popular again. So, approximately every twenty years, we see a resurgence of a fashion trend that was once thought to have died out.

The clothing worn during the 1990’s is actually very similar to clothing worn today. Obviously, the clothing has many differences as well, but some of the styles are similar. For example, the schoolgirl look, which is a plaid skirt and a white buttoned top, is still worn today by many people. Also, crop tops, that were often worn for various occasions, have been brought back from the 1990’s. They are mostly worn by young women, and they aren’t limited to a time of day or place. Another trend that has come back from the 1990’s is the grunge look. The grunge look consists of clothing such as a plaid shirt coordinated with a hat, such as a beanie, to accessorize the look. This grunge look has returned and can be seen as casual wear worn by everyone, especially celebrities.

Another trend that has reappeared for this fall is fringe from the 1970’s. The fringe look is becoming the new popular look. Fringe is appearing on everything including bags, tops, jackets, and skirts. Fringe was a trend that began in the 1920’s (known as the roaring twenties). The women during the roaring twenties wore dresses with fringes. Then, fringe was brought back in the 1970’s, but with more of a casual look due to its application to suede fabrics. It was the detail that adorned mainly shirts and jackets. After the 1970’s, fringe returned during the 1990’s as part of the edges on cotton t-shirts. The fringe that is being shown for fall of 2015 is more elegantly portrayed on the clothing. It is found on many knee length skirts as well as leather jackets. Intricate high heeled shoes are coordinated with the fringed skirts. Today, the fringe clothing reflects the fringe of the 1920’s and 1970’s, but it is portrayed in different looks and styles.

Another trend from the 1970’s that has made a comeback to current day fashion is bell-bottomed jeans. Bell-bottomed jeans were created during the hippie era and have come back in style. Many famous celebrities, including Rachel Zoe and Kate Moss, have said to the press that flare jeans are back. Bell bottomed jeans reappeared last year and have become even more popular this year. Many women love the flare jean because it makes them appear taller than they really are. People usually wear bell-bottomed jeans with a high platformed shoe because it elongates the legs and makes them appear longer than they truly are. The flare jean that is worn today is more sophisticated than those worn in the 1970’s. While in the 1970’s, women wore flare pants with many bright colors and bright patterns, today, women wear the pants in black and white patterns.

The famous designer,Coco Chanel, created timeless and revolutionary clothing. In other words, the fashion that Coco created has stayed the same since the 1920’s and is still worn by many women today. Her clothing includes pieces that will never go out of style because of the timeless construction. Chanel designed attire that is noted for its feminine, but classy style. For years to come, people will continue to wear Chanel’s clothing because it is not defined by one specific time period; it looks modern and professional coupled with style and sophistication.

The fashion that has become popular over the years is the recreation of many previous decades. Fashion designers often reference looks from a specific era. The reason for this can be simply explained. Fashion designers are inspired to recreate something old and put their own spin on it to make their designs feel modern and new.