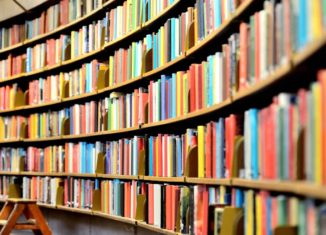 Parents, students, administrators, and critics have been infuriated by a summer reading list created by Alabama high school teacher, Gene Ponder. At the Baldwin County Public School in Spanish Fort, Alabama, Ponder gave a summer reading list with 30 “choices” for his advanced placement government and economics classes. However, the students didn’t really have a choice about what kind of materials they were going to be reading. The list was inherently made to have a strong conservative bias, evident in its titles and authors. Some of the titles included Liberalism Is a Mental Disorder: Savage Solutions and Liberty and Tyranny: A Conservative Manifesto.

On Ponder’s school website, he has a page of links to conservative websites, such as Breitbart, Drudge Report, and Infowars. He even uploaded a presentation on firearms and the Second Amendment. Interestingly, Ponder ran as a Republican candidate for Alabama’s Lieutenant Governor’s office. Elizabeth Denham, a mother of one of Ponder’s future students, contacted Ponder and the school and raised attention to the issue of the book list. Ponder has not responded to any media’s requests for contact, but the school has stated that it does not support Ponder’s creation of a biased summer reading list. Celebrities, like radio host Michael Savage, who was on the list 5 times, and Robert P. Murphy, took to Twitter to express their displeasure with the list containing their books being taken down.

Although the Spanish Fort High School did end up taking down the list and not requiring an assignment for the students, they did not have any rules or proofing mechanisms to prevent this from happening. This is obviously problematic to the educational system because students should be exposed to a variety of sources of information. This will create a better educated public that can develop meaningful opinions. Being stubborn and propagating indoctrination will only lead to more regional and political discord.