You are here
Home > Op/Ed > Computer Grading: Is it Practical? 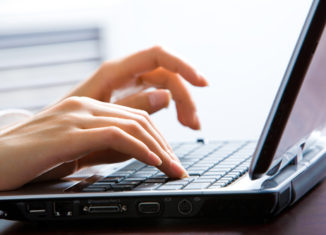 Over time, technology has progressed to points that would not have been imaginable thirty years ago. The first desktop computers were being introduced through the 1960s and 1970s, and they were nothing even close to what we have today. Compared to the paper-thin laptops and desktops used now, the first computers created were huge, did not have nearly as many capabilities as computers do today, and did not have much storage space. With each new computer that was released, each one had something the last did not have. This process continued until we reached the types of computers we have today, and new features are still being added to each release of PCs or Macs.

With an increase in technology over the last couple of decades, products such as computers, tablets, and smartphones are becoming more common in many more households than in previous years. Not only is this normal for households, but classrooms around the United States have also incorporated technology in their curriculums. With smartboards in nearly every classroom in Hills East and laptop access all across the building, it is apparent that technology use is being taken advantage of in our schools. The question is, should there be a limit to this advantage among schools? Are there certain things that should not be in the hands of technology, no matter how much easier things would be if taken advantage of? New York Times author, Michael Gonchar, brought the public’s attention to this issue in his article where he let students weigh in their opinions on this debate. Paula Mira responds, “No, because a computer doesn’t know what you wanted to explain, but the teacher can interpret it.” Sandra Rodríguez responds, “It would be easier because you don’t have to write, but I wouldn’t like it because the teacher is more subjective. I think that no because the teacher is more comprehensive than a machine. I will be less likely to trust a computer’s grade.” Laia responds, “I would like computers grading my essays depending on the subjects. It would be fair because it would grade only the correct answer, but I prefer to get the grades of a teacher, because he can grade also your attitude.” With many mixed responses, the main concern everyone has is the fact that teachers know you and can take certain aspects into consideration as they read your essays, such as your personality and the fact that they know your style of writing already.

Of course, having a computer do grading would take a huge amount of stress off of teachers, but that is essentially like a robot grading the work of students. How would the computer know all of the many different ways a correct response could be expressed by different students? If something was wrong, how could comments be added so the students know what they are doing wrong? This shows how impractical computer grading can be in this case. However, technology has already allowed online grading outlets to grow, but in different ways. Teachers can assign tests or quizzes online through Castle Learning, Quizstar, and many other similar sites that allow teachers to make up their own interactive tests and quizzes, that are then instantly graded electronically the minute they are submitted by students. Computer grading is more practical in this sense because when it comes to a test or a quiz as opposed to an essay, responses to the question are much more specific and less vague than an extended response question. With outlets like this, teachers do not have to worry about grading as much, and they have more time to perform other work time necessities, such as creating new lesson plans and grading other things that are impractical to be graded online, such as essays and projects.

The future has a lot in store for us. Maybe one day, many years from now, we will be surprised about what will be accomplished through the use of technology. Who would have thought twenty years ago that we would have incredibly advanced smartphones such as iPhones and Androids? Maybe one day, kids won’t even be using a pen and paper in class, and everything will be done online. It is incredible to think about how fast we are progressing and how so much can change in a matter of a few short years.