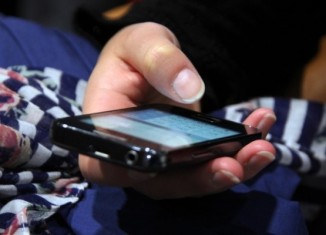 In November 2015, two students were arrested and twenty students were suspended for a week from Kings Park School District as a result of what is best described as a “sexting” scandal. However, it was not the act of underage sexting that brought this case to the attention of so many news stations nationwide. This case came to the public’s attention as it brought into question whether or not our nation should redefine what actions ought to be taken in cases where students did not ask for sexually explicit pictures or texts to be sent to their cell phones. According to KidsHealth.org, sexting can be defined as “the sending or receiving of sexually explicit or sexually suggestive images, messages, or video via a cellphone or the Internet.” In general, under New York law it is a felony to: (1) Knowingly use a minor in a sexually explicit performance, (2) Promote material that contains a child under the age of 17 engaging in a sexually explicit act, or (3) Possess material that contains a child under the age of 16 engaging in a sexually explicit act. If an individual is convicted, a jail sentence could range from 2 to 15 years and he or she will be required to register as a sex offender.
Andrew Fenton’s son is one of the dozens of students who had been suspended from the school and told Eyewitness News, “It’s impossible to believe that your son could get into trouble because somebody forwarded a video to his phone that he has no control over receiving.” One of the biggest issues in this case is whether or not the students who received or opened the message without proof of previously requesting it can be held accountable. While it is indeed illegal to possess sexually explicit photos of minors, many parents are arguing that their children cannot control what gets sent to their phones and that they would check what is being sent.
The scandal has triggered new debates on how the students should be punished. According to Eyewitness News, one of the students who was suspended is a sophomore named AJ Fenton. Fenton claimed that when he received the text message, he deleted it immediately. Though suspended, Fenton still showed up for school the following Tuesday; however, he left shortly after police threatened to have him arrested. According to authorities, two 14-year-olds from Smithtown, Long Island sent out the video. In it, one of those teenagers and an underage girl engaged in an act deemed inappropriate for minors. The teens were arrested and face felony charges.
Dr. Timothy Eagen, Superintendent of the Kings Park Central School District, put out a statement late that Tuesday afternoon stating that the district “… has conducted and completed a thorough investigation surrounding the alleged “sexting” incident. The district believes that all student suspensions in relation to this alleged incident have been made in accordance with the district’s code of conduct.” Andrew Fenton, AJ’s father, disagreed with how the district handled this. “All I want is an apology and my son’s name cleared,” stated Fenton to Eyewitness News. This scandal has undoubtedly opened the debate on what should be done next or whether or not the students who were unintentionally a recipient of the images should also be held responsible.
The appropriateness of punishment in “sexting” scandals is ongoing, from New York to Colorado, where several Canon City High School students and a few of their middle school peers were also accused of taking and/or distributing inappropriate pictures last November. Canon City High School is about 115 miles south of Denver. School officials reportedly posted on Facebook a notice that said students had “… engaged in behavior where they take and pass along pictures of themselves that expose private parts of their bodies or their undergarments.”  When those pictures are of minors, this can be a Class 3 Felony, which could result in incarceration of the minors that receive or pass along these pictures and can also result in a requirement to register as sex-offenders for their entire lives. Parents also have a difficult time catching these problems because the pictures can be in photo vaults – apps that look like calculators so pictures aren’t easily discovered. In the end, the students weren’t charged as the Colorado District Attorney determined that there were no “aggravating factors” in this case – i.e. nothing that indicated reposting of the images on the internet, coercion, or related inappropriate contact.
The pressure to protect students remains one that troubles school officials, lawmakers, parents, and students themselves, as laws intended to protect them can also be the cause of lives being ruined for what might be legitimate mistakes. However, the risks to victims are also substantial and efforts to discourage students from this practice must include punishment or it might be ignored. Each time this occurs, so shortly after similar incidents in other parts of the country, it seems like students were unaware of the fact that this had happened before and was regarded very seriously by law enforcers. There is an obvious gap in information and awareness. The question remains, how extreme does the punishment have to be to deter students from passing around inappropriate pictures? Students and parents would likely argue that suspensions and other less harmful or less long-term forms of punishments are more than enough for kids that make mistakes. However, one fear is that a student who is not made to understand the severity of this type of activity – the potential victimization of young girls whose pictures end up on the Internet – could run the risk of repeating these events in college or adulthood with far greater consequence. However, there needs to be balance and, at least for young first-time violators, there ought to be far greater focus on education than punishment.