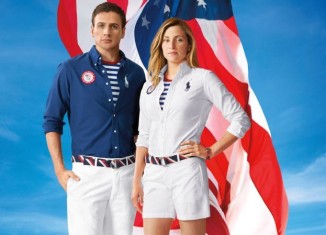 Between medals, world records, and moments of incredible teamwork, the United States was extremely successful. Nineteen-year-old Katie Ledecky broke the world record after swimming 800 meters in only 8 minutes and 4.79 seconds. Michelle Carter was the first woman from the United States to win a medal in shotput since 1960, let alone a gold medal. Brianna Rollins, Nia Ali, and Kristi Castlin, all from the United States, took the gold, silver, and bronze medals for the 100-meter hurdles. Abbey D’Agostino from the United States and Nikki Hamblin from New Zealand embodied the Olympic spirit by helping each other finish a race after colliding. With all of these positive achievements, why is it that the news focuses mainly on the scandals, gossip, and mistakes made by the Olympic athletes?

One of the biggest scandals of the Olympic Games involved U.S. swimmer, Ryan Lochte. The swimmer spent a night in Rio partying with fellow teammates Gunnar Bentz, Jack Conger, and Jimmy Feigen, and he claimed that the group was robbed at gunpoint by a group of men that stopped their taxi. However, a surveillance video showed an altercation between the swimmers and armed guards which occurred after Lochte allegedly vandalized a bathroom at a gas station. The guards simply confronted the swimmers and requested that they pay for the damage that they caused. Once the scandal became public and the swimmer received extensive backlash, Lochte wrote an apology on his Instagram account for over-exaggerating the event. Lochte opened with, “I want to apologize for my behavior last weekend―for not being more careful and candid in how I described the events of that early morning.” Alec Nathan from the Bleacher Report stated that Lochte was charged for falsifying a robbery report, and could ultimately face 18 months in prison. The fact that Lochte won a gold medal in the 4x200m freestyle relay was completely disregarded because of the insane amounts of coverage that his scandal received. Although the actions of this Olympic medalist were completely immoral and unethical, this scandal received way more attention than it should have. Rather than focusing on the selfish lies of a privileged swimmer, news outlets should be reporting on the moral actions of other athletes, like Abbey D’Agostino and Nikki Hamblin.

Another mistake that resulted in criticisms all over the internet involved gymnast Gabby Douglas. When the national anthem is played during Olympic ceremonies, American athletes are instructed by the U.S. government to face the flag and place their right hands over their hearts. However, during a medal ceremony, Douglas failed to follow these instructions, and she did not place her hand over her heart. According to CNN, individuals all over Twitter criticized the gymnast and demanded that she show more respect for her country. Consequently, Douglas posted an apology on her Instagram that stated, “I always stand at attention out of respect for our country whenever the national anthem is played. I never meant any disrespect and apologize if I offended anyone.” It is obvious that Douglas did not intentionally choose to disrespect anyone by leaving her hand by her side. She was most likely caught up in the moment and accidentally forgot to follow the instructions. This small error should not be held over Douglas any longer, and she should be appreciated for representing her country in such a positive manner. Douglas should not have faced so much judgement for this honest mistake. Instead of wasting time reporting on the simple gesture that the gymnast forgot to complete, the news outlets should have spent even more time praising the achievements of the amazing women’s gymnastics team, otherwise known as the “Final Five.”

Another source of disapproval came from the United States basketball teams. The men’s and women’s basketball players chose to stay on a luxurious yacht while playing in the games, rather than in the athletes’ village. According to Jerry Colangelo, the director of U.S.A. basketball, the players “are probably the most recognizable athletes in the world.” Consequently, he felt that it was necessary to seclude the players as a form of security and protection. Carmelo Anthony, Kevin Durant, and Diana Taurasi are a few of the extremely high-profile celebrities who were recruited to play in the Olympic games. Andrew Keh from the New York Times stated that although these famous players are extremely recognizable professionals, plenty of other well-paid and well-known athletes chose to reside in the village with no issues. The teams have faced judgement from numerous media outlets for refusing to stay with all of the other athletes and seeking a more luxurious atmosphere. However, both the men’s and women’s teams managed to receive gold medals in the 2016 games. Rather than criticizing the basketball players for being a little standoffish, news sources should recognize the athletes for their extreme talent and achievements in the games. At the end of the day, it doesn’t matter where the players stay, as long as they respect the other teams and do what they are there to do―win the gold.

Despite the various accomplishments that the U.S. teams and players achieved in Rio this summer, they were still forced to endure the criticism and judgement of the world. The media gives way too much attention to the negative aspects of the games because gossip attracts readers and viewers. It is understandable that people want to know about the behind-the-scenes drama of the games, but the scandals should not overshadow the sports. Newspapers and broadcasts should be full of positive headlines, rather than gossip and wrongdoings.