You are here
Home > Op/Ed > A New Mission for Facebook: Reforming Society 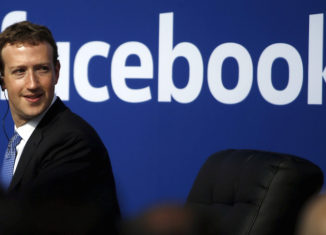 Mark Zuckerberg, the founder of the $306.4 billion Facebook company with 1.86 billion monthly active users, has stated there is a new mission for his social networking site that has now grown into so much more. At first, Facebook was meant to make the world more open and connected so that family and friends could socialize and stay in touch. In an interview with CNN, Zuckerberg explained how he now wants to move on to having more of an impact by bringing the world closer together on a more profound level. Zuckerberg wants Facebook to take responsibility in communities and tackle problems like poverty, climate change, and disease. He claimed that society is divided more than ever, and people need to be brought closer together in order to take action. He also argues that change in society won’t happen through investments and institutions that have a top-down approach. Rather, Zuckerberg argues that everyone ought to be able to use their voices and conglomerate in smaller groups at lower levels to make direct and immediate change in the world.

Where does Facebook come into play for advancing societal reform? Well, Zuckerberg observes that half the world isn’t on the internet and misses out on opportunities to start businesses and use tools that can help manage groups and solve issues from hunger to domestic violence. Zuckerberg wants Facebook to be involved in expanding internet access and creating active groups. Not only does he want to raise voices for underrepresented issues, but he also wants to help people move together in communities and build common ground. In this manner, he believes that the world can reconcile differences, be proactive, and facilitate change. Zuckerberg concedes that diversity in opinion is good, but at the same time, we need to exhibit tolerance and cooperation. Zuckerberg wants to uphold authenticity and minimize the negative influences of biases on the Internet to ultimately connect with humanity, empower leaders, and combat societal ills through progressive social networking.

At an early stage, this may just be wishful thinking. The whole world can’t conglomerate into communities and reconcile differences right away. This will take time considering that we are in times of discord over issues such as politics, economics, and religion. Nonetheless, it is a step in the right direction.

Photo courtesy of The Financial Times