You are here
Home > Op/Ed > Paris Attack Update: Balancing An Open Door For Refugees Against Border Protection and National Security 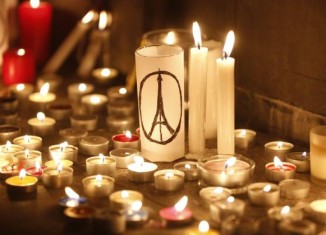 Friday, November 13th, 2015 will remain a day that France and the world would not soon forget. On that fateful night in Paris, as hundreds of Parisians and tourists enjoyed a typical evening of concerts and al fresco dining, ISIS terrorists attacked, killing 129 people and wounding at least 352 more. The evening marked the deadliest attack on French soil since the Nazis invaded in World War II. According to NBC News, “The assailants, working in three teams, attacked concert-goers, cafe diners, and soccer fans in at least six locations in the French capital. Paris prosecutor Francois Molins said that seven attackers were killed in the carnage, including six who blew themselves up with suicide belts. Authorities earlier had said eight attackers were involved.”

The attacks took place in three major Parisian areas – places that the terrorists knew could potentially lead to the greatest number of fatalities. Still reeling from the Charlie Hebdo attack in January of 2015 that left 12 dead, Paris was ill-prepared to suffer such a huge second blow at the hands of terrorists. Soon the world was again mourning along with the City of Lights, as a manhunt ensued to find one of the assailants that had gotten away; the others died on the scene at the concert hall. Also shocking was the fact that one of the attacks took place outside the Stade de France – the country’s national sports stadium – at a game that was attended by French President Francois Hollande. The people inside the stadium marked the first explosion at about twenty minutes after the start of the international, but friendly football match between France and Germany. Fortunately, the assailants were unable to enter the stadium, but the explosions outside resulted in four deaths, which included three of the suicide bombers. Then, the second round of shootings and bombings occurred at numerous restaurants throughout the city of Paris, with the third and deadliest incident at the Bataclan Theatre (a “legendary” rock music venue) killing at least 89 concertgoers and wounding hordes of others. In addition, while the terrorists in the earlier 2015 attack had claimed that the cartoon work of Charlie Hebdo magazine editors had disrespected their faith and their rage had precipitated the attack, this attack did not appear to have a clear trigger and attacked instead “soft” targets of innocent concert-goers and diners.

With the support of multiple world powers, an angry France solidified as a nation, and President Hollande vowed to avenge the deaths. This resulted in some attacks on ISIS territories in the days that followed and a massive European search for additional terrorists and their enablers. It also caused the rest of Europe to take stock of terrorists in its midst, as many raids in Belgium followed. However, one of the biggest losers in the wake of the latest Paris attack may well have been the Syrian refugees themselves, as word came that at least one of the terrorists may have entered Europe unnoticed with a group of refugees just weeks earlier. Soon stories of fake passports and fake refugees dominated the conversation, causing officials in numerous countries – including many in the United States – to wonder if it isn’t just poor judgment to let any refugees in at this time given the potential risks. There is little doubt that the events in Paris on that fateful evening greatly undermined the Syrian refugee crisis and the ability of many to empathize with their fate. The debate between a nation’s decision to shut its doors to foreign refugees in order to protect the security interests of its citizens, and that same nation’s desire to be a good global citizen by looking after those less fortunate, will no doubt continue for years to come. Unfortunately for the Syrian refugees, they may not have the luxury of waiting much longer for our help.