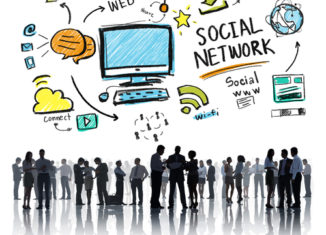 Ladies and gentlemen, today I write to you all to commemorate the great name of America, our internationally hailed motherland. As Americans, we’ve developed quite the reputation. Our measures of economic prosperity, acceptance (not tolerance) of all people, and political and legal stability are by far the highest ranking in the world. We’ve taken pride as a country in maintaining these high standards for nearly 243 years now. These standards have been generated in part by our country’s supplements: social media. The only flaw which exists in our perfect society is the jeopardizing of these standards, often as a result of the overdosing and misuse by the American population of the drug we call social media.

My father and I have vigorously campaigned for the past three years to reduce the overuse and, moreover, the abuse of the rapid communication technologies which we experience today on a daily basis. As an educator and dean of students at Oldfield Middle School of the Harborfields School District, my father has seen countless negative instances of the effects of social media. As a student, I can effortlessly corroborate these accounts with my findings in daily life. Cellular and other rapid communications are forms of medicine. Used properly, they are a great benefit to the American people but used incorrectly or unnecessarily in a recreational manner, they are a blight upon our society. They offer little sustenance to outweigh their consequence and provide Americans with little benefit in comparison to their cost.

The only viable solution to such a situation is to allow the government to discourage the overuse of the medicine which we call social media. This discouragement can be easily enforced with the addition of three simple laws. These laws include an addendum to the 4th Amendment of the Constitution, adoption of the Gayssot Act, and the application of taxes in regard to communication media. Our government should begin by amending the existing 4th Amendment. In contrast to the current 4th Amendment, a revised version would eliminate the necessity for a search warrant in the case of suspicion caused by a device, allowing law officials to act accordingly without delay. Under the current 4th Amendment, a search warrant must be obtained by a law enforcement agent before action is taken, even if reasonable suspicion is involved. This delay allows for potentially dangerous individuals to dispose of evidence of a crime or enact their crimes. In our own population, we can see the impacts of these delays in the event of school shootings. According to the sociologists behind the “See Something, Say Something” campaign, a program dedicated to ending the travesties of school shootings, sixty-six percent of school shooters, and seventy percent of those who were suicidal turned to the internet to describe their plans before enacting them. Had the government possessed the ability to search and monitor those individuals after those comments had been made, their lives and the lives of others may have been saved.

The problem of shootings may persist in schools, but similar ideologies of terrorism have propagated elsewhere in the United States with the assistance of social media as well, as seen in the case of Muse Abdiqadir Muse. Recently, an article written by CNN said that Muse and his two brothers were arrested in January for attempting to join and fund the Islamic State of Iraq and Syria, commonly known as IS, the Islamic State, or ISIS. Upon examination of their social media accounts by reporters, it was found that all three brothers had both sent and received ISIS propaganda through Facebook. While the government was able to detain the three men in January of 2019, the propaganda had existed since 2016. Had the government been able to act immediately and search the two men, they would have been arrested three years earlier, as providing verbal support for terrorism is a crime under the USA Patriot Act. Through their searches, they may have also identified additional recruiters, further preventing terrorist acts.

In addition to preserving the safety of our country, we as Americans also have a duty to maintain our country’s reputation as a nation which is not only tolerant of, but also accepting of all people. From 2016 to the present day, there has been a 5.9% increase in the number of hate crimes in the United States. Instead of becoming more civil with the passage of time, we are reverting back to our primitive, biased ways. The government should take responsibility for censoring unnecessary hate speech and “fake news” that promotes untrue ideas. The government would take the responsibility if we implemented our own American variation of France’s Gayssot Act, which deems hate speech and genocide denial heavily punishable crimes. The positive results of the implementation of this law are clear; according to the Office for Democratic Institutions and Human Rights, an organization dedicated to uniting governments against human rights violations, France had 5,500 fewer hate crimes than the United States in 2018. The data clearly displays that lives are saved when ideas that may be dangerous to oneself or others are rejected.

To facilitate our acceptance and our safety, we must usher our government into enacting policies which discourage the overuse of rapid communication for personal use. These policies will help preserve our country’s overall health and wealth. A country can only function at its best when it is healthy, wealthy, and wise. Cell phones are correlated to a large plethora of health conditions, both mental and physical. According to Dr. Oz, the famous doctor who hosts a show of the same name, exposure to the radiation generated by a cellular device over the course of at least five years increases your risk of developing cancer by fifteen percent or more. Unfortunately, the social media platforms of the internet are far worse for the mind than they are the body. Elina Mir and Caroline Novas, two psychologists from the National Center for Health Research, found that those exposed to social media the most (usually between ages 18-25), were seven percent more likely to exhibit mental illnesses than adults 50 years or older, who are usually exposed to social media the least, establishing a clear connection between the frequency of social media use and the prevalence of mental illnesses within our population. The doctors say that the majority of these mental illness cases are composed of “Facebook depression,” in which one feels unable to keep up with the pompousness of the internet and its various social media platforms, and becomes depressed as a result. The other mental illness consists of anxiety, which is believed to result from the aforementioned “Facebook depression.” What’s more, those who suffer from these physical and mental conditions as a result of frequent social media users often lack the means to afford treatment and often require government funding to receive it. According to the 2016 population census, nearly nine percent of the American population lacked health insurance and cannot, therefore, properly treat any anxiety issues that may arise as a result  of “Facebook depression.”

In the past, we’ve all seen America as our great homeland. It is a place where all people can take refuge and find only safety, kindness, and prosperity awaiting them. It is our duty as the American people to prohibit the overuse, and more so the abuse, of rapid communication “drugs” and keep our country great as a result.