You are here
Home > Op/Ed > The Weinstein Effect: From Hollywood to Capitol Hill 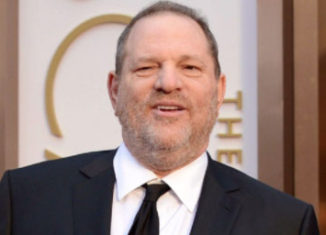 Over the past two months, numerous public figures from Hollywood to Capitol Hill have been accused of sexual misconduct. Beginning on October 5th with the New York Times report about prominent Hollywood producer Harvey Weinstein, a wave of allegations and accusations have taken down the most powerful and influential names in America. People accused of sexual harassment and assault include Hollywood directors, actors, comedians, news anchors, and even our politicians that are supposed to serve us and protect our rights. Sexual misconduct is nothing new in society; in fact, it has been going on for centuries. But if this is an ongoing problem, then why is it all of a sudden being talked about now? The new wave of accusations from the past two months is a result of the “Weinstein Effect,” which began after the fall of Hollywood mogul Harvey Weinstein.

On October 5th, 2017, the New York Times reported that dozens of women had come forward to accuse Harvey Weinstein of sexual misconduct, including harassment, assault, and rape. Within days, more than eighty women from the film industry came out and accused Weinstein of such actions, which date back to the 1980s. Eighteen of these allegations include rape. Three days later, on October 8th, Weinstein’s own company, the Weinstein Company, fired him. The report soon triggered hundreds of celebrities to come out and condemn not only Weinstein’s actions, but also what is believed to be typical behavior in Hollywood. Later in the month, it was reported that Weinstein had checked himself into a rehab facility in Arizona. New York City, Los Angeles, and London are currently investigating and considering criminal charges against Weinstein for six different reports of sexual abuse.

Weinstein’s actions reveal what most Americans knew but were afraid to admit, which is that Hollywood and the movie industry is full of directors like Weinstein. These powerful executives take advantage of young women and promise them jobs in exchange for inappropriate sexual behavior. It is despicable, but Hollywood is not alone. The mainstream media has played a role in covering up these allegations. Ronan Farrow, the journalist who reported these accusations to the New York Times, claims that he first brought his findings to his employer at NBC. Farrow said that NBC, however, denied his story and refused to air it. NBC has denied Farrow’s comments, but the journalist continues to push this story. NBC’s reported dismissal of the Weinstein exposé does not only reveal the often dishonesty and bias of the mainstream media, but it could also be due to the fact that NBC had similar instances of sexual misconduct transpiring within their own network.

On October 26th, as part of the Weinstein Effect, CNN reported that NBC’s Mark Halperin had been accused of sexual harassment by five different women. A day later, the list of accusers against Halperin had grown to greater than ten. Halperin apologized for his actions, but denied some of the most inappropriate accusations against him. On October 30th, he was fired by NBC and MSNBC. Halperin was not the only NBC employee to be dismissed from the network. Almost a month later, on November 29th, NBC fired Matt Lauer, their longtime anchor of The Today Show. Lauer’s dismissal did not come as a surprise to many, though, since he had a history of being accused of sexual harassment in the workplace, with those claims ranging from jesting comments from co-workers to the more serious allegations that led to his termination. It was reported that Lauer even had a button under his desk to secretly close his door remotely, which allowed him to have privacy with women and make unwanted sexual advances. NBC, however, is not alone in dealing with sexual misconduct. On November 20th, the Washington Post reported that at least eight different women accused CBS, PBS, and Bloomberg TV host Charlie Rose of sexual misconduct, with actions including inappropriate phone calls, nudity in front of women, and groping. The accusations against Rose date back to the 1990s. Rose was fired the next day by all three of his employers, and many of his awards and honors were subsequently rescinded. Just as in Hollywood, sexual misconduct is not new in the media. In April of 2017, the New York Times reported that Fox News host Bill O’Reilly had spent millions of dollars settling at least five cases of sexual harassment against him, dating back to 2002. O’Reilly was fired on April 19th, despite his show, The O’Reilly Factor, being one of the most watched cable news programs in America since its launch in 1996. Despite the report being credible, O’Reilly has continued to maintain his innocence and has disputed the claims as a political witch hunt against his conservative views.

Other famous celebrities have also been swept up as part of the Weinstein Effect. On October 29th, actor Anthony Rapp accused fellow actor Kevin Spacey of sexual abuse in 1986 when Rapp was only fourteen years old. Although he denied the accusation, Spacey apologized via Twitter. Following Rapp’s claims, fifteen different men came forward and accused Spacey of sexual misconduct, and five of those accusers stated that they were teenagers when these actions occurred. Days later, on November 3rd, Netflix announced that they had fired Spacey from their popular series, House of Cards. On November 9th, the New York Times reported that comedian Louis C.K. was accused of sexual harassment by at least five women. He apologized the next day and admitted that the accusations were true. Subsequently, Louis C.K.’s upcoming appearances on television were canceled. On November 1st, movie producer Brett Ratner was accused of sexual misconduct by at least six different women, with accusations including both harassment and rape. That same day, Warner Bros. severed ties with Ratner. On November 19th, Ratner was also accused of bystanding while producer Russell Simmons forced a women into non-consensual intercourse. Simmons, who co-founded the music label Def Jam Recordings, was later accused of sexual assault on November 30th. That same day, he announced that he would resign from his businesses.

These reprehensible allegations do not stop in the entertainment business. Even our elected officials have been at the center of serious investigations involving sexual misconduct. On November 9th, the Washington Post reported that Roy Moore, a former chief justice of the Alabama Supreme Court and the Republican nominee in the 2017 Alabama Special Election for the United States Senate, had initiated a sexual encounter with a fourteen year old girl in 1979. In the following days, five other women came forward and stated that Judge Moore had engaged in inappropriate relationships with them while they were as young as sixteen. Directly following the allegations, many Republican leaders, including former presidential nominees Mitt Romney and Senator John McCain, called for Moore to leave the race. The Republican National Committee also stopped funding his campaign. However, Moore continued to maintain his innocence, and his wife, Kayla, has continued campaigning with him. Despite these serious accusations of sexual advancements towards minors, President Donald Trump endorsed Judge Moore’s campaign on December 4th, and on the same day, the R.N.C. announced that they would resume funding his campaign. Moore is not alone in accusations of sexual misconduct. On November 20th, it was reported by BuzzFeed that Democratic Congressman John Conyers of Michigan had spent $27,000 of taxpayers’ money to settle sexual harassment claims by his former female staffers. Former staffers accused him of touching them inappropriately, as well as walking around his office while only wearing underwear. He announced on November 26th that he would resign from his position as the ranking Democrat on the House Judiciary Committee due to the ongoing investigation into his sexual harassment allegations. However, Conyers refused to resign from his seat, despite calls from leading Democrats for him to do so, including House Minority Leader Nancy Pelosi. On November 30th, he was hospitalized for what his lawyer had described as stress “directly attributable to this media assault.” Finally, after being being released from the hospital, the congressman announced his resignation, which was to be effective immediately. Conyers had been in the House of Representatives since 1965, making him the third-longest serving congressman in American history, spending nearly 53 years in Washington prior to his resignation on December 5th, 2017. John Conyers is not the only Democrat on Capitol Hill to be caught up in the Weinstein Effect. Senator Al Franken of Minnesota has also been accused of sexual misconduct by eight women and faced calls for his resignation from more than a dozen Democratic senators, as well as Tom Perez, the chairman of the Democratic National Committee. The first accusation against Franken was reported on November 16th by radio host Leeann Tweeden. She claims that Franken kissed her without her consent in 2006 prior to a skit, when Franken was a comedian and not yet a senator. There are also photographs of Franken groping Tweeden in her sleep. On November 30th, the Senate Ethics Committee announced that it would begin an investigation into his actions. A week later, on December 7th, while addressing the accusations on the senate floor, Franken announced his resignation, effective within the following weeks.

Just as in Hollywood and in the media, sexual misconduct has been around in our political landscape since the founding of our country. This issue goes beyond politics and should not be treated on a partisan basis. It is up to both sides of the aisle to condemn this kind of disgustingly inappropriate behavior. Both sides are guilty of it, and it is up to both parties to come together to put an end to what has been a disgraceful chapter in our country’s history. The brave actions of women who have come out and told their stories should be and have already been recognized and respected. Time Magazine named the “The Silence Breakers” as its 2017 “Person of the Year.” They are the women who have made their voices heard and stated that they have been victims of sexual abuse. Through the #MeToo campaign on Twitter, victims have declared that they have suffered from the actions of powerful executives in their industries.

There is no doubt that the Weinstein Effect will leave a lasting impact on our society, as it already has begun to do so. It has encouraged victims to share their stories and report any sexual abuse that they may have experienced. But not all the effects of this movement have the potential to be good. What role will this have on the hiring of women? Men might be afraid to hire women because of potential accusations. This new wave of accusations also has the potential to forgo the presumption of innocence among those facing assertions. Not every allegation is accurate, and people must be responsible in the way that they respond to or choose to believe the things they hear. False accusations have the potential to ruin the lives of those who are actually innocent.

This is not the end, but just the beginning of a new movement in our society that will continue to take down the most powerful names in America that take advantage of innocent, yet resilient individuals.