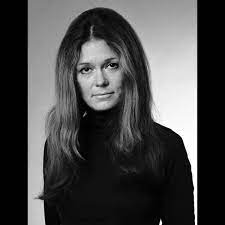 Gloria Steinem has been widely recognized around the world as the “Mother of Feminism” because she dedicated her life to advocating for women’s rights. The well-known trailblazer has been acclaimed for her journalistic endeavors and political activism.

Early in her career, she helped found New York Magazine, where she went on to become the chief editor. She wrote about many important social issues across the board, such as the women’s liberation movement. Steinem attended countless protests and marches around the country where she became known for her great intellect and wit, as well as her passion for fighting for equality. In 1972, she founded Ms. Magazine which focused primarily on women’s rights and the women’s movement.

Gloria Steinem has also co-founded numerous impactful organizations such as the National Women’s Political Caucus, which works to ensure that more women who support equal gender rights get appointed to office. Gloria Steinem is also a renowned author with many bestselling books. The focus of her books is to reflect on age, sex, power, and money. One of her most popular books, Moving Beyond Words, is very famous for breaking the boundaries of gender.

Gloria Steinman has received many awards for her very impactful lifetime work. Her most recognizable award was the Presidential Medal of Freedom. This award is extremely empowering because it was given to her by the President of the United States, honoring her for her great contributions to the world.

Gloria Steinman has accelerated the feminist movement with her work and should continue to be remembered for generations to come.