You are here
Home > Professional Sports > College Football Chaos: NCAA Football and Where it Stands due to the Coronavirus 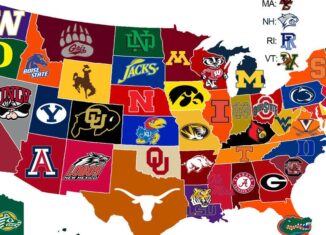 Every fall, fans excitedly await the start of the college football season. The spirit amongst the fans is contagious, and everyone counts down the moments until the next gameday. As this year’s NCAA football season approaches, things will look a little different. Due to the coronavirus, different conferences have had differing opinions on how to approach the season. Health and safety is the number one priority, and some schools did not think they could maintain a safe environment for athletes while playing football.

Over the past few months, new statements have been announced regarding how the season will run. From limited or no fans in the stadiums to only playing games within conferences to all together canceling the season, athletes and fans have experienced a whirlwind of emotions while discovering these new rules week after week.

In mid-August, both the Big Ten and Pac-12 conferences decided to postpone the fall sports season until later notice. While this news was very upsetting, it seemed inevitable and expected. What was surprising was that the ACC, SEC, and the Big 12 did not cancel their seasons, and they are still anticipated to play their seasons in the upcoming months. These conferences have modified their schedules to mostly play games within their own conferences to try and limit the spread of the virus and maintain safety.

As the season quickly approaches, hopefully, the conferences that are continuing to play can maintain a safe environment to play in and that the Big Ten and Pac-12 can begin to prepare for a season to be played later in the year.