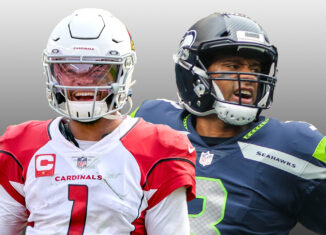 There are no fans in the stadiums, but plenty of fantasy football fans are watching the National Football League (NFL) from home in 2020.

Fantasy football involves selecting and drafting real players to create fake teams that earn points based on the player’s weekly performance on the field. The fantasy leagues are usually run on-line, and the season follows the 2020 NFL regular season schedule which runs this year from September 10, 2020, through January 3, 2021.

The top football analysts’ projections were quite accurate for the quarterback and wide receiver positions, but we have seen some surprises in the way of running backs. Unfortunately, injuries always play a role in fantasy success, and this season is no different. The big wild card this season, however, is COVID and how this pandemic will continue to affect both the players and the teams as a whole.

Regardless of how the rest of the season plays out, fantasy football has been a welcome retreat from the stress of this year. Only a few more weeks left for fantasy football and then on to the NFL playoffs!