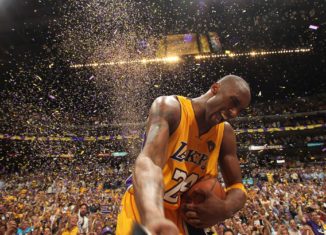 Kobe Bryant has led the ideal life for us all to realize and recognize the significance of living the life you want for your legacy, not the life you want on a resume. Kobe was an American professional basketball player born on August 23, 1978 in Philadelphia, Pennsylvania. He was best known as a shooting guard who entered the National Basketball Association directly from high school and played his entire 20 season professional career in the league with the LA Lakers, widely regarded as one of the greatest players of all time. He won multiple all star most valuable player awards and led the NBA in scoring for multiple seasons. At just 34 years of age, Kobe Bryant became the youngest player in league history to reach 30,000 career points. Kobe Bryant was considered the biggest superstar the NBA had ever seen. The New York Times wrote that he had one of the most decorated careers in the history of the sport, and Reuters called him arguably the best player of his generation.

In addition to his incredible professional career, Kobe Bryant won two gold medals as a member of the United States national team. During the 2012 Summer Olympics, he gave himself the nickname “black mamba”  and was known widely by the general public as an incredible basketball player with a tremendous work ethic, amazing integrity, and a larger than life personality. To Vanessa, he was a loving husband, and to Gianna and his other beautiful daughters, he was best known as dad. Along with endorsements with Adidas, the Coca-Cola company, Nike, and more, he was a member of a rap group, made his acting debut, and was extremely philanthropic as the official ambassador for After School All Stars, an American nonprofit organization that provides comprehensive after school programs to children. He even wrote a book, and at the time of his death, he was working with a Brazilian author on a children’s book aimed at inspiring underprivileged kids.

Kobe Bryant lived an extraordinary life that was tragically cut short at the age of 41. On January 26, 2020 at 9:06 AM, a helicopter departed Orange County, California with nine people aboard: Kobe, his 13-year-old daughter Gianna, six family members, and the pilot. Due to light rain and fog that morning, the LA police department helicopters and most other air traffic was grounded at 9:45 AM. The exact cause of the crash of Kobe’s helicopter is still unknown. Right up until the very end, Kobe Bryant was a living legend. He was an extraordinary man, athlete, friend, and family member, and he will certainly never be forgotten.