You are here
Home > Entertainment > The Greatest of All Time 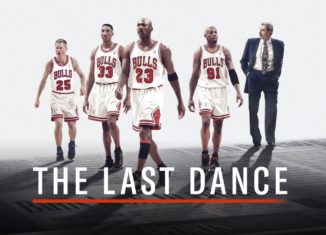 The first six episodes of the Michael Jordan documentary “The Last Dance” have surely lived up to the hype. With no other sports to watch, fanatics are obsessing over this ten part documentary surrounding Jordan and the 1998 Bulls as it celebrates his last years in Chicago. So far, the series has provided a timeline that has led to Jordan’s final season as a Chicago Bull. Jordan took the world by storm as a freshman at the University of North Carolina, winning a National Championship over Georgetown and Jordan’s career rival, Patrick Ewing. In the years before Jordan, the Chicago Bulls were a bit of a circus. During Jordan’s first couple of years as a Bull, he was magnificent. They just needed more pieces around him to compete for a title. Then, in 1987, the Bulls drafted hall of famer Scottie Pippen. The stage was set for the Bulls to really push for a championship. They came extremely close in 1990 when they lost to the Pistons in game 7 of the Eastern Conference championship. This Piston team, known as the “bad boys”, was led by Isiah Thomas. This team was one that the Bulls had to leapfrog in order to get to the next level. Jordan worked out very hard in the off-season to build up his body in preparation for this very physical Pistons team. Finally, in 1991, the Bulls swept the Pistons and won an NBA championship. This began a three year championship run. This run came to an end with Jordan deciding to retire, only to come back two years later and win three straight championships, again. Through this new documentary, the younger generation is getting a front row seat to the greatest player of all time. Jordan just has the “it” factor. Maybe it’s his inhumane ability to jump out of the gym or his smooth jump shot or maybe it’s just his competitiveness and pure desire to win. Either way, there will never be another Michael Jordan.