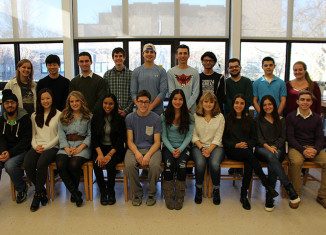 This year’s “Top 20” of the class of 2016 was announced on March 1st. Each year, the “Top 20”  recognizes the students with the twenty highest grade point averages in the senior class. This year proved to be a tough competition because there are so many students with impressive grade point averages in the class of 2016. Many of the students in the Top 20 are hoping to attend exclusive colleges and universities next year to showcase all that they have achieved academically in their time at HSE. After a tough competition that lasted for close to four long years, this year’s valedictorian is Bailey Kaston, and the salutatorian is Cassandra Grello. Congratulations to every student in the Top 20! Keep up the hard work and dedication!