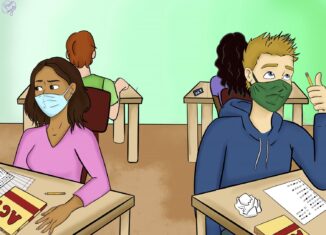 When the COVID-19 pandemic began, one concern, among many, for schools across the nation included how standard testing was going to be done effectively. Initially, with the world in a very tough place, all standardized tests were cancelled which led to a new type of anxiety and, in some cases, panic. As time went on and standardized tests, specifically the SAT and ACT, still didn’t begin after several months, colleges and universities needed to take this into consideration. This was the beginning of the concept called “test optional.”

Some colleges and universities began making these standardized test scores, which were always known as required tests in the past, optional to submit an application. This brought about relief to students, but there was still anxiety remaining because not all colleges and universities chose to exempt those impacted students from these tests. The anxiety set in when students realized that, for some schools, not submitting a score could essentially harm a student. Thus, there are two very different sides to this standardized testing dilemma; on one hand, the exemption could be beneficial, but on the other, this could be harmful. Needless to say, this led to unprecedented uncertainty for those students filling out college applications.

As standardized tests began occurring again, there was a new type of anxiety. So many students were now rushing to get a spot and schools were still operating at reduced capacity. Therefore, there wasn’t always room for everyone. As time went on, many high schools began to offer more test dates for students which was very considerate and helpful. However, the months of the tests not being administered did harm many in the long run. For the class of 2021, the college admissions process became even more anxiety driven than past years being that there were now different factors to consider. With some schools requiring testing and others not, there was so much uncertainty. Now, for future classes, it is unclear what will occur regarding this process, and if SAT and ACT testing will eventually be completely eliminated as a major component of college admissions.

Looking back, this idea of “test-optional” would have been unheard of, but just like many other situations due to COVID, there are only so many options to attempt to fix these unprecedented obstacles. There is a possibility that the many changes in the past year could affect the years to come, including the idea of required standardized testing. Although many students want the answer to whether or not the end of these standardized tests is in their future, only time will tell.