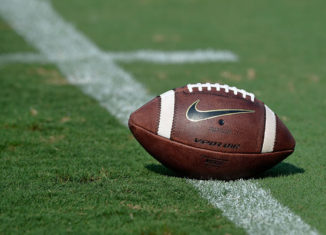 The 2016 fantasy football season is officially over, which means we can definitively recognize certain players who stood out throughout the season. The season started with a bang with the Super Bowl rematch between the Denver Broncos and the Carolina Panthers, and it ends with a crushing injury to the MVP of the fantasy season. This takes us into our first award: MVP.

MVP- David Johnson RB Cardinals: David Johnson had one of the best seasons of all time in 2016. Throughout the year, Johnson consistently put up ridiculous games which led many fantasy teams on a run to glory. Johnson racked up over 2,000 all purpose yards and logged 20 total touchdowns. This outstanding MVP performance won’t be matched for a long time.

Comeback Player(s): There are two guys that came back after crushing 2015 injuries: Jordy Nelson and Demarco Murray. Nelson went down with a torn ACL last season and bounced back to finish in the top three of points this season for wide receivers. Nelson racked up 14 touchdowns, which led the league, and over 1,000 receiving yards. The flourishing connection between Rodgers and Nelson was on display this year, as Nelson takes the award for comeback player. The other winner is Demarco Murray. Murray had an abysmal 2015 season with the Philadelphia Eagles. From not seeing the field to numerous fumbles, Murray was a major bust. However, this season, Murray was an elite RB1 and was relied heavily upon by the Titans. As the year went on, Murray battled numerous injuries and was banged up. Murray’s play declined towards the end of the year, but that does not take away from the late round steal he was on draft day as he consistently produced for your team.

Rookie of the Year: Previously, we have had some outstanding rookie performances from big name receivers like Odell Beckham, Mike Evans, and Sammy Watkins. However, this year’s rookie of the year is RB Ezekiel Elliott. Elliott rushed for 1600 yards behind the Cowboy’s elite offensive line. Elliot was consistently fed throughout the year, and he was a top 3 RB this year. Elliot came into the year with high expectations, and he shattered those expectations to say the least.

Biggest Bust(s): DeAndre Hopkins went crazy in 2015, racking up points no matter who his QB was. However, this season went a little differently. Hopkins was given Brock Osweiler via free agency. Due to expectations of stable QB play, Hopkins went early in the first round. Throughout the year, Osweiler couldn’t find ways to get Hopkins the ball. This award should really go to Osweiler, as Hopkins possesses top 3 WR skill. However, the award must be given to Hopkins who held a WR3 statistical year. The other player to take home this award is Todd Gurley. Gurley went off down the stretch last season and was taken as possibly the top RB on draft day this season. Gurley simply could not get anything going, and his offensive line certainly didn’t help the cause. Gurley ended the year as a low-end RB 2 and goes down as a bust for the year.