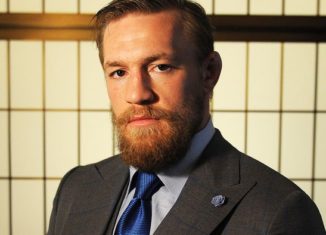 By Jake Nathan and Dylan Kaufman

Conner McGregor, a 28-year-old UFC fighter, recently applied for a Boxing license in the state of California, and his request was fulfilled. As of now, McGregor is under a contract with the UFC which states that they are the only organization that can promote him in a combat sport competition.  McGregor is the reigning UFC lightweight champion, as well as the former featherweight champion. and Many believe that his newfound interest in boxing is intended to purely take care of previous disputes over media between him and Floyd Mayweather.

In an interview held in Belfast, McGregor began to talk a little about the reasoning behind getting this license. There has been talk about a McGregor – Mayweather fight for about a year now, and with McGregor’s license in hand, it is no longer considered impossible. This battle still has a while before being considered legitimate, however, because McGregor has yet to compete in a regulation-boxing match as he is still bound by a contract with the UFC. McGregor did talk about his possible boxing matches against previous competitors of Mayweather as his early boxing matches.  McGregor did not make any direct comments about Mayweather wanting a fight, but he talked about his new license and what it means. It’s up to Mayweather and his team to explore the possibility of a fight as McGregor will be prepared. Mayweather’s advisor then went on to talk about how Mayweather has no fear with regard to fighting McGregor and is not worried about him or the possibilities of a fight happening as his record is 49-0, while McGregor has competed in 20 UFC fights and has lost 3 matches.

After obtaining his license, the odds for McGregor winning a fight against Mayweather were set at 11 to 1, or in other words, McGregor had just over an 8% chance of beating Mayweather. McGregor knowing these odds still expresses a sense of interest to prove people wrong and even demands $100 million for the match up. There are still many other aspects that stand in the way of this fight actually occurring. The fact that McGregor has a 0-0 record in professional level boxing and that Mayweather recently retired from the sport make the chances of a fight like this slim, but not impossible. The seriousness and interest that McGregor has shown and put into boxing raises the question: could this be the end of his UFC career?