You are here
Home > Sports > The Latest on the NBA Season 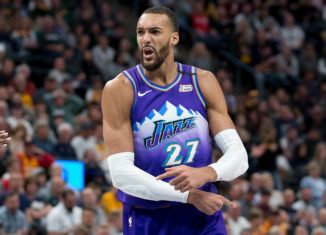 The coronavirus has swept the world, causing everyone to take a step back from what was once deemed “normal.” The virus that started in China has made its way to the rest of the world, including the United States. It has had enormous economic, social, and, of course, medical effects on this country. Not eliminated from this impact was the world of professional sports that is so much a part of our culture.

Sports have a way of getting people through the day to day and bringing people together to celebrate a common interest. With the abrupt suspension of the NBA seasons, sports fans, like myself, are at a loss. It’s not only the fanatics that are affected, however, it’s also the millions of workers who are employed by the hour by these teams. Many players, such as Zion Williamson, Steph Curry, and Rudy Gober, have stepped up with sizable donations to pay these struggling workers. As each day passes, those employed by the Association will only struggle that much more. The question then becomes – will the season ever resume? It is unfair for guys like Lebron James, who is chasing greatest of all time status, James Harden and Russell Westbrook, who are trying to end a career of postseason struggles, and Kawhi Leonard, who is chasing his third title at the age of 28, to say that this season is decidedly over. And these are just a few of the many players who would be missing out on the coveted 2020 NBA playoffs where stars are made and careers are forever changed.

Hopefully, we find some sort of solution for this pandemic sooner rather than later, and “normal” can be restored for everyone.