You are here
Home > Sports > Fantasy Football: An All-Inclusive Update 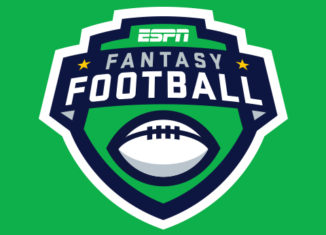 The fantasy season has had its ups and downs thus far, and I will take you through those, along with my projections for the rest of the season.

The greatest quarterback of all time made his return to the field recently, which means a few things for your fantasy team should you have him on it. Tom Brady’s return is not only a plus for the Patriots; it is also a bonus for fantasy fans everywhere. Tom Brady looked like he never missed any time. He threw for 400+ yards and 3 touchdowns to Martellus Bennett in his return game. He is, without a doubt, the top quarterback moving forward.

Martellus Bennett offers a change to the offense. The Patriots will look to operate in a two tight end set going forward, as we saw Bennett cash in three touchdowns recently. I do not think Bennett  is a viable starter, but this could hurt Edelman down the stretch as defenses will have trouble containing the tight end duo of Gronkowski and Bennett. Even though Edelman might be hurt by this, he is still ranks around 15, receiving a boost in PPR leagues. This connection that Brady and Edelman have is unquestionably strong, as he was a top 7 WR in scoring with Brady last year before he got hurt. Look for high volume through the rest of this season.

With Brady’s return, the run game changes also dramatically. Legarrette Blount may have helped you for the first four weeks, but his role changes drastically. James White will take a massive cut in his snaps as the pass catching back, but Blount always has touchdown upside.

In addition to the return of the great one, there are also several players who have had slow starts, but have promise going forward (AKA buy low players).

First, there’s Russell Wilson. Yes, he was drafted as a top five quarterback most likely, but he’s struggled through the first four weeks. He has gone over 260 yards

just once and over one touchdown in a game just once as well. He has also had an MCL injury that forced him to miss a brief amount of time in week 3. However, coming off his bye week, he will be healthy and ready to make big plays with his feet and arm. He is one of the most versatile quarterbacks in the league tadalafil nigeria with strong relationships with Doug Baldwin, Jimmy Graham, and Tyler Lockett.

Then there’s Alshon Jeffery. Compared to his draft day value, his current value is down the drain. With quarterback problems, only 6 targets a game, and no touchdowns on the year, he has struggled thus far. However, Jeffery is a big target, and when he is able to stay healthy, which he has thus far, he can be highly productive. Brian Hoyer missed a wide open Jeffery in the endzone for the win, and he will be on Hoyer’s radar heading into week 6. Cutler will also be back soon, and he will soon be reunited with his favorite target. Hoyer’s stats may be great, but he still isn’t winning games. Expect Alshon to bounce back.

You also can’t overlook Randall Cobb. For the first quarter of the season, he has surely disappointed, as he hasn’t gone over 60 receiving yards and was held without a catch. However, he recorded over a hundred yards in week 5 against the Giants and really connected with Rodgers throughout the night. With Jordy Nelson back and healthy, this offense will be at full strength the rest of the year, moving the ball up and down the field at will. Cobb will flourish in the slot with a top 3 quarterback throwing to him, especially in PPR formats.

Last, but not least, there’s Delanie Walker. The tight end position is extremely thin this year. If you don’t own Gronk, Olsen, or Reed, you may be riding the tight end carousel all year, forced to look at the waiver wire for options and starting inconsistent tight ends. But there is one option to look at: Delanie Walker. He has two scores on the year, but has topped 66 receiving yards just once. Marcus Mariota seemed to get back on track last week, hitting the tight end on a 15 yard strike over the middle for a touchdown. Walker’s early struggles were a result of a bad hamstring, but he is back and healthy. Look for him to be a viable top 5 play every week.

Six weeks into the season, the fantasy football landscape is constantly changing and stunning everyone. With injuries to key players on offense and defense, team managers are forced to research backups and steals off the waiver wire. If you are a struggling fantasy owner, or you need help finding that secret weapon, then continue reading for highlights of the best position players thus far and noteable pickups.

Matt Ryan (Atlanta Falcons): Matt Ryan is currently manning the NFL’s most prolific offense. With weapons like Julio Jones, Devonta Freeman, and Tevin Coleman, Ryan has posted 2075 yards, 15 touchdowns, and only 3 interceptions. The Falcons offense is finally clicking. Look for Ryan to continue to put up big numbers for the remainder of the season.

Marcus Mariota (Tennessee Titans): My sleeper at the QB position is Marcus Mariota. Entering his sophomore campaign in the NFL, Mariota is already turning heads due to his solid play. Posting 1372 yards, 10 touchdowns, and 6 picks, Mariota looks like a smarter, more versatile player than last year. Over the past two games, Mariota has posted 447 yards with 6 touchdowns and only one interception. While this hot streak probably won’t last the remainder of the season, Mariota’s improved stats have shown us that he can be an above average quarterback in the NFL.

Lesean Mccoy (Buffalo Bills): Ever since Anthony Lynn was promoted the OC, Mccoy has shredded defenses to say the least. Rushing for 587 yards and 6 touchdowns already, Mccoy is looking like his former self when he won the league rushing title back in 2013. Mccoy has great field vision to go along with his nasty cutbacks. http://www.cialispharmaciefr24.com/acheter-du-cialis-en-belgique/ The Bills will probably lean heavily on the run game for the remainder of the season due to the loss of Sammy Watkins, so Mccoy is in for a workload.

Ezekiel Elliott (Dallas Cowboys): One of the most hyped up rookies entering this season was Ezekiel Elliott out of Ohio State. Everybody knew what Zeke was capable of, but nobody could’ve predicted his historic start to the season. Rushing for 703 yards and 5 touchdowns, Zeke has shattered expectations to say the least. Behind that monstrous Dallas offensive line, Ezekiel Elliott is unstoppable.

Terrance West (Baltimore Ravens): With injuries to Justin Forsett and Javorius Allen, Terrance West was thrust into the starting role week 3. After a slow start, West has finally found his rhythm in Baltimore, rushing for 414 yards and 3 touchdowns. In deep fantasy leagues, West can be a pivotal player. Over the past 3 weeks, West hasn’t ran for under 85 yards. Terrance West highlights the sleeper RBs in 2016.

Julio Jones (Atlanta Falcons): Arguably the best WR in the NFL right now, Julio Jones is making defenses pay. Jones is the prime target in the NFL’s most efficient offense right now, so Julio is getting targets and receptions every game. Julio has had some shaky games, but after having a 12 catch, 300 yard performance during week 4, Julio’s upside can longer be doubted. A little less than halfway through the season, Jones has 31 catches for 656 yards and 4 touchdowns.

Odell Beckham Jr. (New York Giants): With the injury to Ben Roethlisberger, Antonio Brown’s production is destined to decrease, which explains Odell’s appearance as the #2 receiver on this list. Odell has been a sensation ever since his rookie year, which was highlighted by an incredible one handed catch against the Dallas Cowboys on Monday Night Football. Odell has continued to impress, showing us that he is a force to be reckoned with. His on-field antics have drawn criticism over the past 3 weeks, but Odell is too good not to play. He currently has 35 catches for 581 yards and 3 touchdowns.

Cole Beasley (Dallas Cowboys): Cole Beasley has finally found his role with the Dallas Cowboys under the Dak Prescott-led Cowboys. Over the course of the season, Beasley has emerged as Prescott’s favorite target, serving as his security blanket. Beasley is deadly when it comes to yards after the catch, as he is elusive and versatile in the open field. Beasley should be monitored, as he may not produce at the same level if Tony Romo takes over the Cowboys’ offense when he is finally healthy. So far, Beasley has 33 catches for 390 yards and 3 touchdowns.

Greg Olsen (Carolina Panthers): Olsen is one of Cam Newton’s favorite targets, and this is definitely reflected in Olsen’s stats so far. Olsen is extremely athletic for his size and weight, and this often creates matchup nightmares for opposing defenses. Olsen’s athleticism allows him to run a plethora of routes, making it fairly easy for Newton to get the ball to Olsen. Olsen has 39 catches for 610 yards and 2 touchdowns.

Rob Gronkowski (New England Patriots): Gronk is, without a doubt, the best tight end in the NFL. Built like a wide receiver, Gronk takes advantage of defenses, and this often results in both Gronk and Tom Brady having a field day. Gronk missed the first 2 games, but after finding his groove, Gronk now has 13 catches for 282 yards and a touchdown. The return of Tom Brady will do wonders for Gronk’s stats.

Hunter Henry (San Diego Chargers): With Antonio Gates injured and getting old, the Chargers drafted Hunter Henry out of Arkansas in the 2016 NFL draft. Henry has thrived in Gates’ absence, and Philip Rivers loves his new target. Henry is getting better week by week. Even with Gates playing, Henry is still getting volume. Henry has 19 catches for 310 yards and 3 touchdowns this year, and his stats will only get better from here on out.